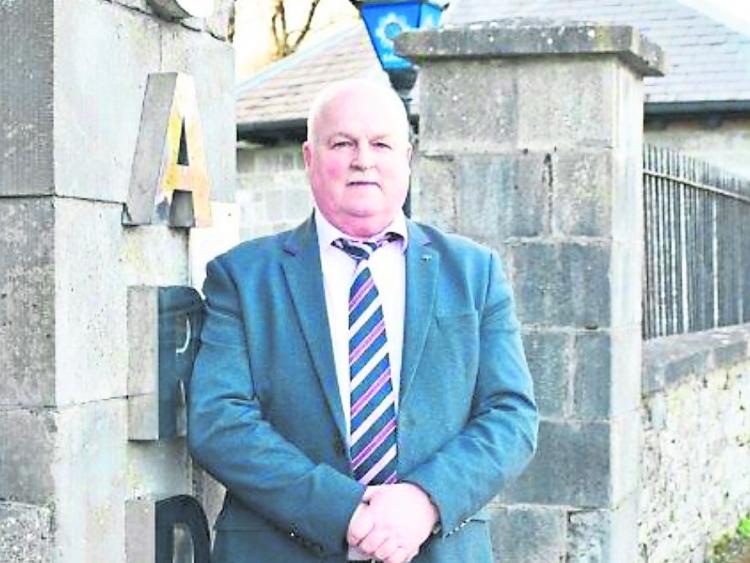 Detective Joe Esler, who has delivered evidence in some of the most serious criminal investigations in the highest courts on this island, is retiring after 37 years service

The term consummate professional is a title often used yet rarely merited.

In Joe Esler’s case, it’s a moniker which could not be more apt as the long serving detective garda prepares to call time this week on a career spanning more than three and a half decades.

A robust, no nonsense character, the innately proud father of four is very much from the traditional school of policing where the protection and service to communities the length and breadth of this country have, and continue to take precedence.

Despite those enviable and time honoured values, Joe’s career path, by his own admission, could have been markedly different.

“Before I joined the guards, I worked in Bord na Móna,” he revealed as he took time out from his other deep seated passion of farming this week.

“I had served my time and went to Athlone College. I always had a plan B, but as it turned out I never had to use it.”

Fortunately for the communities he served over the past three and a half decades, those contingency ideas remained just that.
Having graduated as a fully fledged officer in August 1985, Joe took up his first post in Portlaoise at a time when challenges posed by dissident subversives were at an all time high.

“Back then, things were in a very different place. It was the pre Good Friday Agreement era, it was challenging, there was no doubt about that,” he added.

After a four year spell in the midlands town sandwiched between a similar stint in Edenderry, a transfer to the vastly distinct rural town of Castlepollard came calling in 1993.

It was a posting which the affable garda believes moulded him into the meticulous and venerated officer he is today.

“In Castlepollard there was just a sergeant and two gardaí,” he revealed.

“You had to master everything. I did ten years there and it was where I learned an awful lot and which I carried right through to the end. It was where I really learned the importance of being a policeman.”

It was a decade-long tenure which brought with it a promotion to the detective garda ranks and a third transfer, this time to Edgeworthstown.

Quite apart from anything else, Joe’s ascension to the force’s plain clothes division was perhaps more in recognition of the GAA enthusiast’s insatiable appetite for investigating crime and polished communication skills.

“It’s one of my greatest strengths. It was what brought me to where I am and it was those skills which I carried into the interview room.”

Those attributes were arguably what set Joe apart from many of his peers and were qualities which defined a large chunk of his near 20 year tenure in Longford.

They were also key catalysts behind the successful convictions behind umpteen high profile cases, typified by the life sentences handed down to David Brozovsky and Rihards Lavickus for the murders of Sharon Coughlan and Akadiusz Czajkowski.

Both cases, while more than ten years apart, had Joe’s scrupulous investigative virtues all over them as both killers eventually succumbed to the inevitable.

“When you know a guy is telling you a load of rubbish and you know all the facts, a lot of it is about not showing any emotion,” he said.

“Some of these guys are fully intent on telling you a story they want you to hear. The thing about it was they didn’t know what I knew, that I had the full facts and what I was eventually teeing them up for.”

Joe’s nous in being able to illicit truth from fiction came in for public adulation from Mr Justice Michael White at the culmination of the Lavickus trial in 2019.

Instead of eulogising over those plaudits, the modest Tashinny native remains very much conscious of the more emotionally challenging parts of a job he has devoted more than three quarters of his life to.

“This is my 37th year in the Gardaí and I’ve seen a lot of tragedies, I’ve been the bearer of a lot of bad news and it’s those things that stick out in your mind but I was also aware of not bringing home any baggage.”

His wife Frances and four daughters are, you get the impression, Joe’s greatest accomplishment and the prime motivator of not just the garda but the man himself.

Time and again they were singled out by the former Ballymahon Vocational School pupil for their unflinching dedication and encouragement in allowing Joe to pursue a career for the communities and country he ultimately served.

“If I ever got a call and had to go to work suddenly, nothing was ever said,” he remarked.

“The afternoon of the Brezovsky (Sharon Coughlan murder) case, we were packing up at home to go some place and the call came in. I remember saying: ‘I’ve got to go into work’ but like always, nothing was said.

“I was just very fortunate to have a family that facilitated all of that.”

As for regrets, Joe has never been one to allow unresolved cases or past misgivings to get the better of him.

That said, there is one episode in the south of the county involving a stolen horse which still riles him from time to time.

“But the way I treat those things is you don’t always win. You need to be strong enough to turn around and say: ‘I did my best’ and to leave it there.”

One thing he certainly won’t leave in the past is the endless friends and acquaintances the past 37 or so years have undeniably thrown up.

“I’ve met a lot of very powerful people in the guards, many of them I am on first name terms with.

“And I am leaving the guards without a blemish and without having to use my firearm in all that time, even though I did come close at one point.”

His advice for those looking to follow in his investigative footsteps is as simplistic as it is insightful.

“The public perception of the gardaí is changing, it really is.

“What I would say is spend time with people, gain people’s trust and when you do gain that trust whatever you do, don’t abuse it.”

The mention of public perception of the State’s national police force is a central ingredient behind the mantra of Joe’s superior for the past five years and long time colleague Supt Jim Delaney.

Like Joe, the Longford garda chief hails from the same policing era as his fellow south Longford native with a focus very much on not just delivery but ensuring the force’s ten core components or ‘pillars’ of service are upheld to the highest of standards.

“The media and public have always had a peculiar interest or fascination with detectives and Joe has always been very embedded in the communities in which he served,” said Supt Delaney.

“I have known Joe for the past 20 years or more. In that time, he has delivered evidence in some of the most serious criminal investigations in the highest courts on this island and never has he been found wanting in that respect.”

Aside from being, as he termed, a “first class detective” and “extremely adept witness” in judicial proceedings, Supt Delaney likewise alluded to the 58-year-old’s other, equally empathetic side.

“Whatever about anything else, Joe was always mindful that there was a victim to be thought of, the collateral impact on both them and their families and in some instances how that can impact a whole community especially when a tragedy unfolds.”

Laudable words they may be, for Joe the indelible imprint he leaves behind is one he hopes others will relate to as he prepares to hang up his detective’s suit for the last time this week.

“Yes, surely I’ll miss it,” he reflected when asked about his impending retirement.

“But you know what, I’ve done my bit, I did the best I could. I was never one to tag along for the sake of it. I always took things on by the scruff of the neck and saw them through to the very end. That’s how I hope I will be remembered.”

After nearly 40 years of steadfast, committed and exemplary service, it’s a yearning that one of Longford’s most respected and esteemed officers no less than deserves.