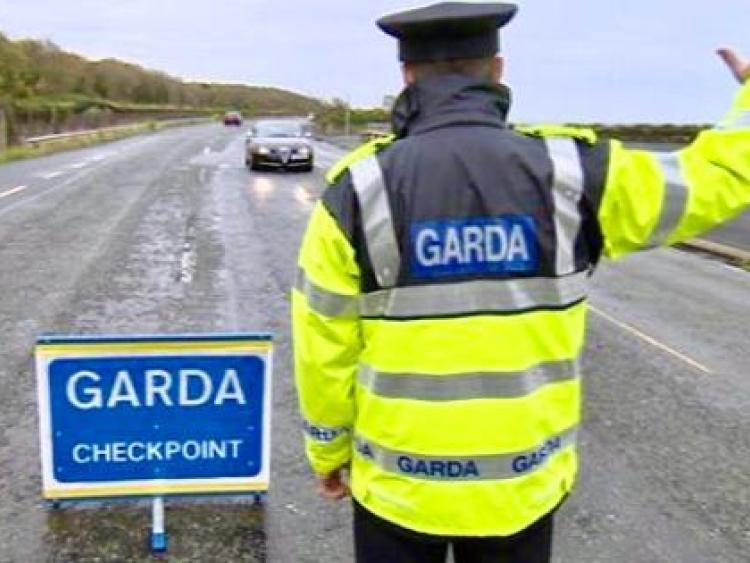 CSO mobile phone data has revealed that over 44% of Longford people are continuing to travel beyond 10km.

More than a third of the population continued to travel more than 10 kilometres from home over the past month, according to the Central Statistics Office's (CSO) latest figures.

The CSO’s Staying Local Indicator (SLI) provides estimated percentages of county populations that have stayed within 10km of their homes, based on the statistical analysis of mobile phone activity.

The figures show an estimated 65.7% of the population stayed local (within 10km of home) during the week ending March 12, showing a slight increase on the 63.8% reported in the previous week.

Dublin continues to be the county with the highest percentage of the population staying local (80%), reflecting its urbanised nature and access to services compared to other counties, while Carlow (50.%) and Mayo (51.1%), with relatively lower levels of urbanisation, are among the counties with the lowest percentage of persons staying within 10km of home. 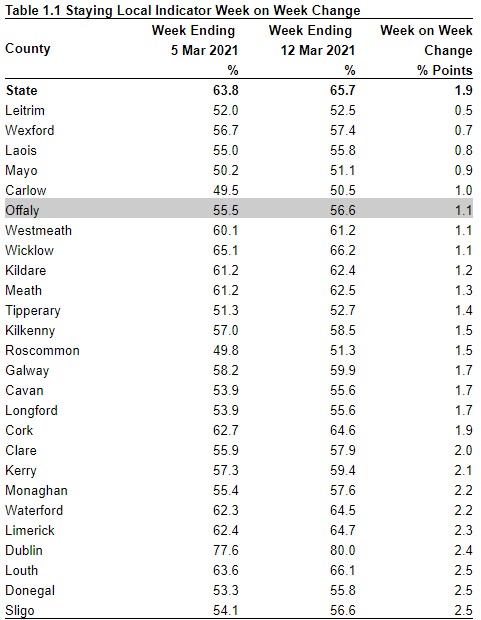 This is the seventh of an insight series on mobility produced by the Central Statistics Office (CSO), providing daily estimated percentages of county populations that have stayed within 10km of home, averaged over the preceding seven days.

An estimated 65.7% of the population stayed local (within 10km of home) during the week ending 12 March 2021 according to the Staying Local Indicator (SLI), a seven-day rolling averagehttps://t.co/mr9EPODULr #CSOIreland #Ireland #COVIDIreland #Health #SocialImpact pic.twitter.com/ZYlur7Qp91