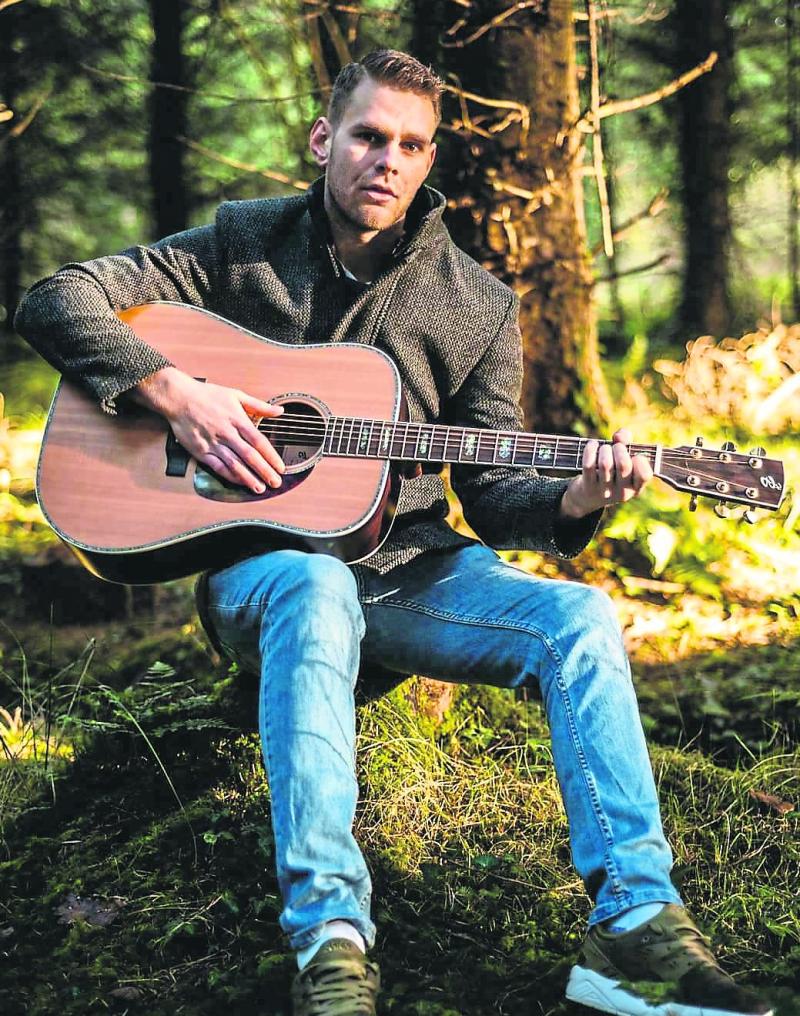 Originally from the Czech Republic, Dan Tomasek, has lived in Longford for eleven years and he recently released his new single 'Seductively Lonely' with an official music video for Valentine's Day.

Performing under his stage name, Daniel Scany, he has been described as an up and coming pop and R&B artist with a penchant for producing deep, stirring music with impassioned delivery.

Since he was 14 years old, Daniel nurtured a deep love for music and recorded his first few songs, which never saw daylight as he was recording just for fun.

In 2009, Daniel moved to Ireland, an experience that would change his life forever and set him on a path of discovering his music prowess.

With no friends, but nostalgic memories of home, Daniel grabbed his father's old guitar and started practicing using tutorials online.

Bit by bit, music became his best friend and a much-needed companion.

The more he practiced his music, the better he got, but he still didn't dare to launch his talent to the public.

However, Daniel has worked harder on his music in the last two years and in February, he released his new single 'Seductively Lonely'.

Daniel studied music and sound engineering at college, which enables him to give his music a tasteful touch of professionalism and sophistication.

Drawing inspiration from his emotions and life's experiences, Daniel writes mind-blowing lyrics, leaning on every line with genius wordplay to produce powerful, yet calmly delivered music that incredibly appeals to a wide range of audiences.

Daniel's music is a culmination of a beautiful talent pleasant to the ear, and an intense desire to inspire and motivate people going through tough situations, a goal that he meets sufficiently.

Daniel Scany’s singles are available on all streaming platforms: Spotify, Apple Music, iTunes, Amazon and Deezer. For more check out his Facebook and Twitter pages.