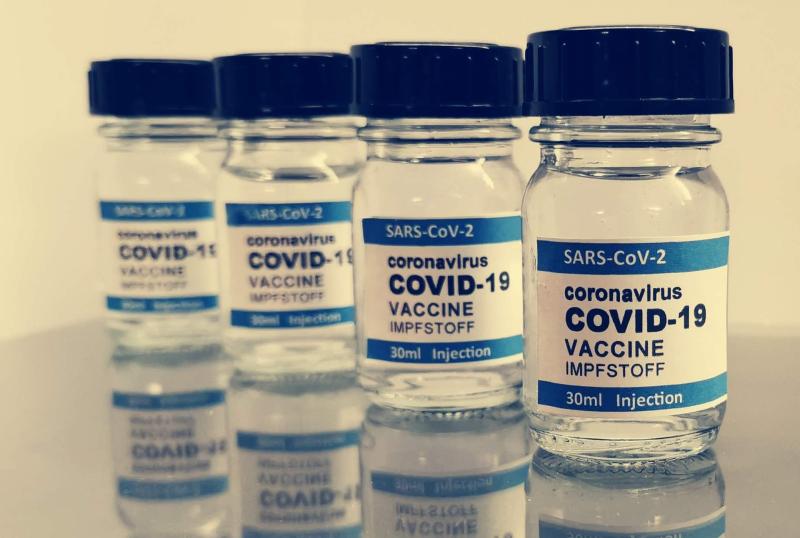 There is much anger, frustration among Longford's elderly over shortcomings in the Covid-19 roll-out.

Speaking in the Dáil today, Longford /Westmeath Fianna Fáil Deputy Joe Flaherty spoke about how an 86-year-old woman due to be vaccinated on Friday was 'told it would be another two weeks before the GP gets the supply of vaccine'.

While he was also contacted by a 76-year-old woman from Aughnacliffe who said the one thing that  sustained her for the past two months has been the anticipation of getting the vaccine and a possible opportunity to visit her new born granddaughter in London. "She was angry. Through her tears, she told me that, for the first time in her life, she knows what it is like to be depressed."

Deputy Flaherty acknowledged that the Government is being hamstrung by poor communication and 'people are still sceptical' that the target of 4.2 million vaccines will be met by the end of June.

However, he expressed that belief that Health Minister Stephen Donnelly 'will lead us around the corner' and engagement with people will improve.

In the Dáil, Deputy Flaherty stated, "In recent days, I have been dealing with numerous calls from elderly people in county Longford. They are frustrated and anxious and they are questioning and wondering about the validity of the vaccine roll-out.

"To put it in context, there are 2,000 people over the age of 85 in county Longford and a further 8,000 over the age of 65. All present accept that those age groups are the priority for vaccine roll-out. Approximately 1,500 of them have been dealt with through nursing homes.

"I know of an 86-year-old woman who has put her life on hold for the past year. She and her general practitioner, GP, expected that she would get her first vaccine this Friday but last Monday she was told it would be another two weeks before the GP gets the supply of vaccine. That is no fault of the GP. I know that GPs across the county have pulled out all the stops, rescheduled staff and reorganised their surgeries with the stated aim of making this vaccine campaign work.

"As I sat in the party room yesterday listening to An Taoiseach take Leaders' Questions, I got a call from a 76-year-old woman from Aughnacliffe. Her only contact with the outside world for the past year has been when her two sons and her daughter call to her house and speak to her through the window.

"The one thing that has sustained her for the past two months has been the anticipation of getting the vaccine and a possible opportunity to visit her new born granddaughter in London. She was angry. Through her tears, she told me that, for the first time in her life, she knows what it is like to be depressed.

"There are shortcomings in the roll-out campaign but there are also many positives. However, the communication is failing us thus far. I hear the same glib advertising campaigns on the radio ten times a day and I see the same sterile and non-specific campaigns in print and online.

"What the 10,000 people over the age of 65 in County Longford want to know is when they will get their vaccines.

"We are now committed to rolling out 1.2 million vaccines before the end of March and the target is 4.2 million vaccines by the end of June. These are big numbers but people are still sceptical. We need to start engaging with them and giving them real, specific and localised dates for when they will get their vaccines.

"I acknowledge the difficulty of the Minister's job, but I believe he will lead us around the corner. However, he will only be able to do so if we get to grips with the vaccine campaign. To that end, we need to start engaging with older residents. They need to be reassured in good time that there is a plan and a date for their vaccination."