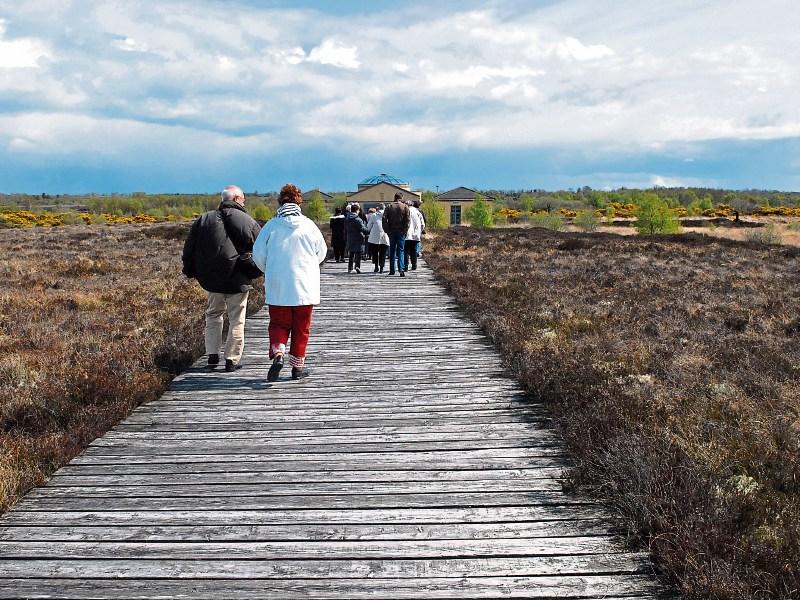 Deputy Joe Flaherty: Lanesboro and Corlea Trackway Visitor Centre has tremendous potential as location for a new visitor centre and peatlands centre of excellence in the midlands

The new €10m project, which was announced by Minister Eamon Ryan, will provide a new peatlands knowledge centre of excellence, a visitors' centre and a range of supports for sustainable businesses as part of a new project funded by the European Commission.

Also read: Longford Senator queries why Clondra and Stonepark are not entitled to apply for CLÁR funding

The three main strands of the project are the establishment of a Peatlands Knowledge Centre of Excellence that will “explore and carry out best practices in peatland restoration and rehabilitation”, an immersive “People's Discovery Attraction” in the midlands that will reinforce the importance of climate action and peatlands rehabilitation and the introduction of a range of supports for sustainable businesses.

The locations of the centre of excellence and visitors centre have not been announced.

However, Deputy Flaherty has already made the case to the Minister, commenting, “Never has the case to base such a proposed facility in Co Longford been more apparent. The ESB are intent on moving ahead with the demolition of a former power plant in Lanesboro.

“We also have the Corlea trackway interpretative centre in nearby Kenagh, just eight miles from Lanesboro and the only thing that separates it and the disused power station is bogland which is serviced by a network of train tracks. I know that Failte Ireland are also interested in aspects of the former power station also in terms of outdoor pursuits and adventure tourism and all of this would fit easily with the proposed venture."

Deputy Flaherty added: “The Corlea facility is a hidden gem and were it to link with the proposed visitor centre and peatlands centre of excellence it would truly be transformative for the region.

“I know that a number of sites will be looked at and any decision will hopefully be decided on the merit of the location but it would seem obvious at the outset that the Lanesboro – Corlea option has tremendous potential.”