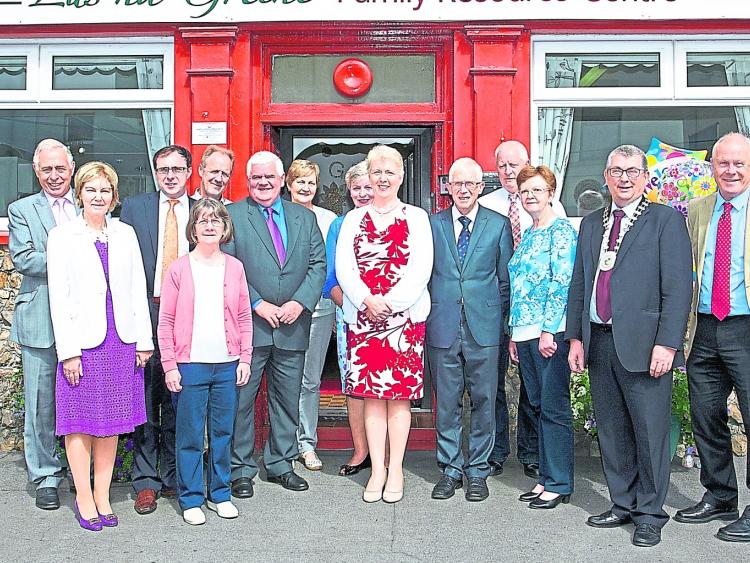 Senior officials are understood to have shaken hands with the family of late country singer Larry Cunningham for the purchase of a building on the town’s Main Street which, until 2014, played host to its Youthreach service.

Local Cllr PJ Reilly said the announcement was necessitated by the ongoing successes of a facility which has remained one of the key cornerstones of societal life in Granard and surrounding areas.

“This is a good news story for the town and is a vote of confidence in the excellent work that has gone on at Lus na Gréine in recent times,” he said.

A key factor behind the acquisition, the Leader understands, was centred on whether the community led group could access crucial rural development funding through the EU’s LEADER programme.

Those efforts to accrue in excess of €300,000 towards refurbishment works of the building are believed to have paid dividends in recent weeks.

“The building itself is in a good state of repair and has plenty of accommodation, a kitchen and classrooms which will enable Lus na Gréine to continue moving forwards,” added Cllr Reilly.

For Lus na Gréine’s Project Co-ordinator Eileen Finan, the move to a new, larger premises may have been a “long time coming”, it is one which offers up a myraid of exciting opportunities.

“The council were great and have always been very supportive of the work we do and this will allow us to carry that on,” she said.

The local community activist said while LEADER funding would prove vital in carrying out renovations to their new headquarters including plans to incorporate a lift and adhere to health, safety and fire certificate standards, local fundraising would be needed to bring those aspirations to fruition.

“We do have plans and there are additional needs that communities need,” she said.

“This, hopefully, is the first important step in doing that,” she said.