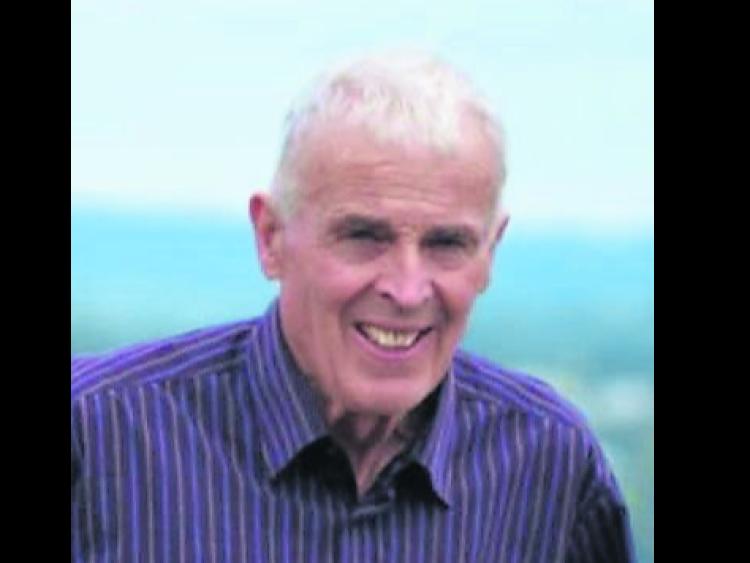 There is great sadness across north Longford and beyond following the death of the legendary Johnny Creegan, Crott, Moyne, who passed to his eternal reward on Monday, December 7.

Predeceased by his parents James and Katie, his sister Sarah and by his brothers Eugene, Michael, Seamus and Pat, Johnny died peacefully at home surrounded by his loving family.

Johnny was Vice President of Dromard GAA Club and an iconic figure in Dromard and Longford GAA circles since the 1950s.
It is a challenge to do justice to Johnny’s contribution to the Dromard Club and the wider GAA organisation such was the breadth and longevity of his involvement in the GAA over his lifetime.

Along with his three brothers Seamus, Oliver and PJ, Johnny played for Dromard in the 1950s and 1960s, generally lining out in the forwards.

As documented in James MacNerney’s history of Dromard Parish “From the Well of St Patrick”, Johnny played on the Dromard team that reached the Junior Championship final in 1955. He scored a goal in the semi-final against Killoe and, although Dromard lost the final to Carrickedmond, his performances saw him selected for county minor trials in 1955.

Along with his contribution to the Club on the field of play, from his early years – and while still playing – Johnny served on the Club’s executive in almost every position. He is surely among a small number of individuals in Ireland to have held the positions of Club Secretary, Treasurer, PRO and County Board Delegate.

In 1972 he was elected Chairman of the Longford County Minor Board. As well as the variety of positions Johnny served in, the length of his service was astonishing. He held the position of Dromard treasurer from 1962 until at least 1987.
During this period he played an instrumental role in the development of Dromard’s old grounds at JJ Donohoe Memorial Park in Kiltycon.

In 1977, Johnny instigated and organised Dromard’s historic trip to New York and Toronto which saw around 100 people (including Johnny) travel to North America to play against local selections and to connect with the Irish diaspora.
The success of this trip was a deciding factor that saw Dromard being awarded Club of the Year by the GAA in 1977. It was fitting that Johnny accepted the award on behalf of the club from the then GAA President Con Murphy. He was also involved in the organisation of a follow-up trip to Jersey City USA in 1982.

Johnny’s longest contribution in a single role was as Club PRO, a position he held for 40 years. During this time, Johnny used his unique skills as a writer, historian, social commentator – as well as his encyclopaedic knowledge of the GAA – to keep the Dromard community at home and abroad abreast of developments in the GAA and in the wider world.

As PRO he submitted the club notes to the Longford Leader without fail every week and these provided an enormous service to the community – recording important games and events and keeping the Dromard diaspora abroad up to date on the news from their home club. His contributions were always articulate, insightful and direct and covered not only GAA matters but wider social developments.

For example, in his notes to the Leader of April 15, 1988, Johnny documents the whereabouts of the Dromard U14 champions of 1981, noting that 11 of the starting team had emigrated by 1988 along with 4 of the substitutes. This was typical of the rigour and quality of Johnny’s contributions.

Johnny was also involved in the organisation of Scór in the club. His special talents with words saw him pen verses and poems after various teams had enjoyed successes.

Up to and including this year Johnny continued to attend Dromard matches and never missed a Club AGM. In recent years, he still offered assistance and sound advice and could always be relied on for information on teams, past players and events in the club and beyond.

Johnny was an institution in Dromard and Longford GAA and his passing leaves a huge void. His warm and engaging personality and his enthusiasm and interest in Dromard GAA will be greatly missed. Dromard GAA extends its sympathy to the extended Creegan family on their sad loss. Ar dheis Dé go raibh a anam.

Johnny’s funeral cortege will leave his residence on Wednesday, December 9 at 10am to arrive at St Mary’s Church Moyne (via Dromard GAA, Legga) for Mass of the Resurrection at 11am, interment afterwards in Colmcille Cemetery.

Following government guidelines regarding public gatherings, the Mass will be restricted to 25 people only. The Mass will be streamed live please go to www.churchtv.ie and click on Moyne.

Those who would have liked to attend but due to current restrictions are unable to, may leave personal messages in the “condolences” section on RIP.ie.

The family very much appreciates your support and consideration at this time. Family flowers only please, donations, if desired, to the Irish Motor Neurone Disease Association or Palliative Care c/o Glennon Funeral Directors or any family member. House strictly private please.