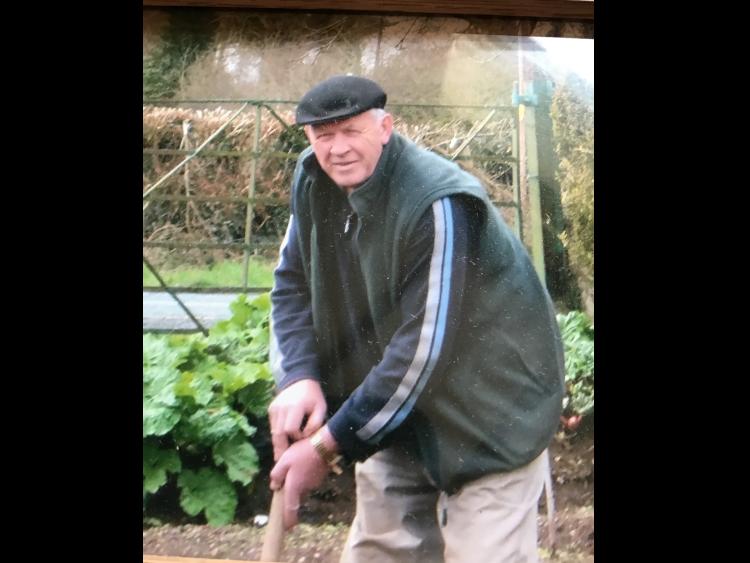 It is with much sadness and regret that we record the death of Tom Crehan of Ballyrehan, Ballinalee which occurred in Mullingar Regional Hospital on Wednesday last, September 30, following an illness.

Beloved husband of Roisin and dear Dad to Tom, Des, Maria and Jackie and grand-dad to William and Daniel.

Tom was a native of Gort in County Galway and like many youngsters of his age he made his way to England to earn his living as at that time employment was not readily available here.

After some time over there Tom met Ballymore native Roisin Dempsey, daughter of the late William (Bill) and Mrs Dempsey and after a few short years the happy couple were married and set out on life's journey together.

Tom was employed in McVities Bakery and as their four children came along both he and Roisin worked hard to provide for them and they made sure they travelled to visit family in both Longford and Galway every year.

Many in the Ballymore area have very fond memories of the Volkswagen van arriving home and the family spending a few weeks visiting neighbours and friends and indeed to this very day the Crehan family talk of the great times they had here.

As the years went on and their family was all well catered for Tom and Roisin decided to retire and so they bought Tully's of Ballyrehan and returned to live in Roisin's native county and they spent many happy years here.

Tom loved his garden and every year he grew his own potatoes and vegetables etc and these were all shared with friends who called and I can safely say that you never left from Crehan's without a little bag of something.

Every year they reared their bank of turf and they would spend weeks in the bog and they were so happy working together.

Tom had a great interest in what was going on in the local area and always inquired as to how the Ballymore teams were doing and every year Tom and Roisin made sure they had their ticket in the club's monthly draw.

At this time Roisin's two brothers the late Jody and Dickie Dempsey were living in Ballymore and every Saturday evening Tom and Roisin called and brought them to the vigil Mass in St Mary's in Granard and sometimes afterwards we would meet up and have a few drinks in Slevin's of Bunlahy and it was always a great joy to be in their company.

In the past few years Tom's health began to fail and life became more difficult for him but never the less he kept going and continued to do his jobs around the home until very recently when he was hospitalised.

On Saturday morning last, October 3, neighbours and friends gathered at the family home in Ballyrehan as the hearse carrying his remains paused for one final time on the way to St Mary's in Granard for Mass at midday which was concelebrated by Fr Simon Cadam PP Granard and Fr Tom Murray PP Clonbroney and afterwards he was brought to Lakelands crematorium in Cavan.

Tom will be sorely missed by all of us who were so privileged to know him and to call him friend but the greatest loss is to his dear wife Roisin and their family Maria, Jackie, Des and Tom together with his pride and joy grandsons William and Daniel, son in law Steve, sisters Bridget and Celia and her husband Sean, nieces and nephews to who we offer our heartfelt sympathy.

May Tom rest in peace.