Country music star Nathan Carter saddened by death of Longford's Paddy Cowan, the man who got him 'his first big gig in London' 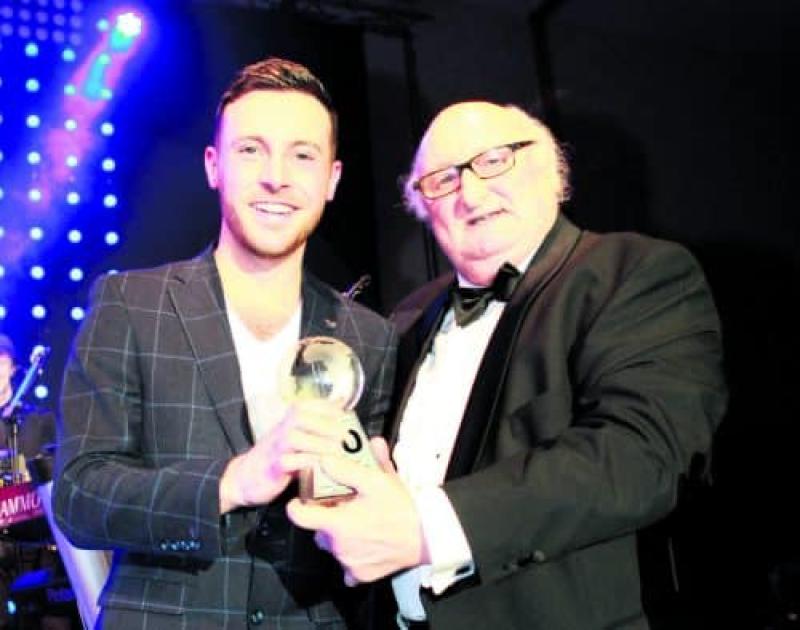 Country music star Nathan Carter has said he is saddened by the death of Longford's Paddy Cowan, the man he credits with getting him 'his first big gig in London'.

In a Facebook tribute, Nathan posted; "I'm very sad to hear that Paddy Cowan, owner of The Irish World Newspaper has passed away.

"Paddy gave me my first award in music & got me my first big gig in London at the closing of the Galtymore before Big Tom!

"A man who did a lot for young aspiring musicians. RIP Paddy."

Mr Mulhall added, "We got to know him well during our time in London. He was a pillar of the Irish community in Britain and always great company. We send our condolences to his wife, Sadie, and the whole Cowan family."

Longford/Westmeath Fianna Fáil TD Joe Flaherty described the late Paddy Cowan as a gifted businessman who did it the hard way and never forgot his native Longford.

Deputy Flaherty added: "As proprietor of the Irish World newspaper he was a voice for the Irish in London. He played an important but little known part in the peace process. Whilst the bright lights of London were home he never forgot the magic of Clonterm bog."

Paddy was President of Dulwich Harps GAA and paying tribute, they said the Irish World newspaper, which Paddy founded in 1987, kept the diaspora informed of events back home along with updating them on the vibrant Irish culture in the UK.

"Paddy was an avid supporter of GAA and sponsored both the London senior teams, London ladies team and our club's senior men's team.

"He will be sorely missed. We keep in our thoughts and prayers his wife Sadie, his daughters Tara and Mary and the wider Cowan family circle and friends."

In a tribute on Twitter, Paul Goggins of Tir Chonaill Gaels GAA, said the late Paddy Cowan was a man of great vision and ambition, adding that he learned a lot from Paddy during his days playing for the London juniors under Paddy's management in which they had many successful days.

Mr Goggins added, "Paddy knew as a manager how to get the best out of players and wanted the best for players and had a simple approach which got results. He obviously was the same in business as he made a great success of what he did.

"Paddy was a great fundraiser for so many charities and for us here in London Gaelic Games  he was always there to support and he donated generously. The Irish World awards were a fantastic celebration over the years and helped many organisations in Britain.

"He loved to chat on football especially and had a great sense of humour. He was also well known for his love of a game of golf and the craic!

"Paddy will not be forgotten and we will be forever grateful for the impact he has had on the Irish community in London and Britain throughout his life.

"The club extends our deepest sympathy to Sadie, Tara and Mary and the extended family."

Former Longford GAA Co Board Chairperson and Leinster GAA Chairperson Martin Skelly said Paddy Cowan never forgot his Longford roots and he was extremely supportive of Longford GAA and of him, personally.

He said Paddy served as President of the Longford Supporters Club and was also instrumental in organising trips for Longford teams to the English capital.

"I was very saddened to learn of Paddy's death. He always held Longford and Longford GAA matters close to his heart and he'd ring me every Monday for an update on the weekend's action. He was a proud Longford man and I extend sympathy to his family at this sad time," added Mr Skelly.

Greta and I are deeply saddened to learn of the death of Paddy Cowan. We got to know him well during our time in London. He was a pillar of the Irish community in Britain and always great company. We send our condolences to his wife, Sadie, and the whole Cowan family. https://t.co/ArAuIE9XCY

President and well loved member of our club.

The club is deeply saddened to hear of the passing of Paddy Cowan.
We send our deepest sympathies to his family, friends and everyone at @theirishworld