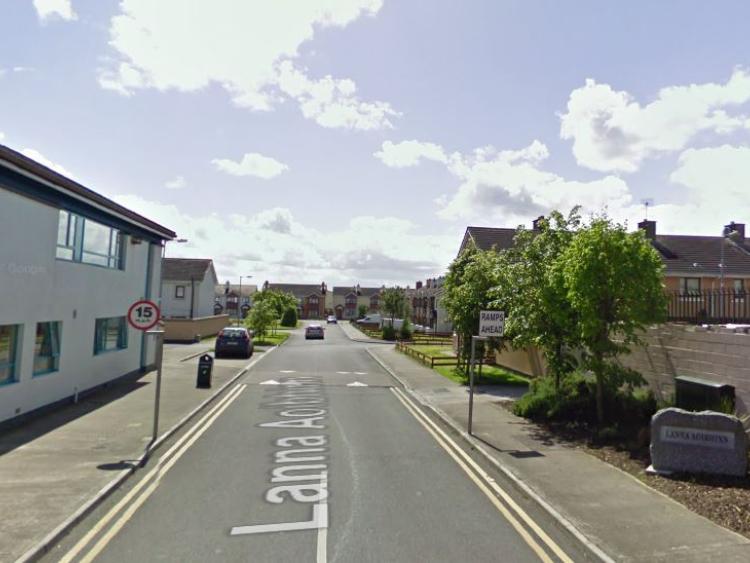 Five people have appeared in court charged with allegedly causing €1,000 worth of damage at a house at the the Lana Aoibhinn estate (pictured) in Longford town

Four men and a woman have appeared at a special court sitting this evening charged in connection to causing criminal damage at a house in Longford town last month.

All five were charged following an alleged incident on August 21 2020 at a house in the Lana Aoibhinn estate which resulted in €1,000 of damage being caused to its front door and a number of windows.

The latter was further charged with trespassing at Trillickatemple, Stonepark, Longford on May 15 2020.

Gardaí Aisling Brady and Joe Kavanagh gave evidence of having arrested each of the accused this morning before transferring all five to Granard and Longford Garda Stations where they were charged this afternoon.

Sgt Paddy McGirl said the State had no objection to bail subject to a number of conditions being handed down.

They included orders to stay out of Longford town except for legal, medical, court appearances and an upcoming family wedding in November, to have no contact, direct or indirect with the alleged victim or garda witnesses in the case, to sign on three times weekly at nominated garda stations, to refrain from using all forms of social media and to observe a 9pm to 7am curfew.

All five were granted legal aid and bailed to appear back before a sitting of Longford District Court on December 8 when, it is expected, directions from the Director of Public Prosecutions (DPP) will be available.