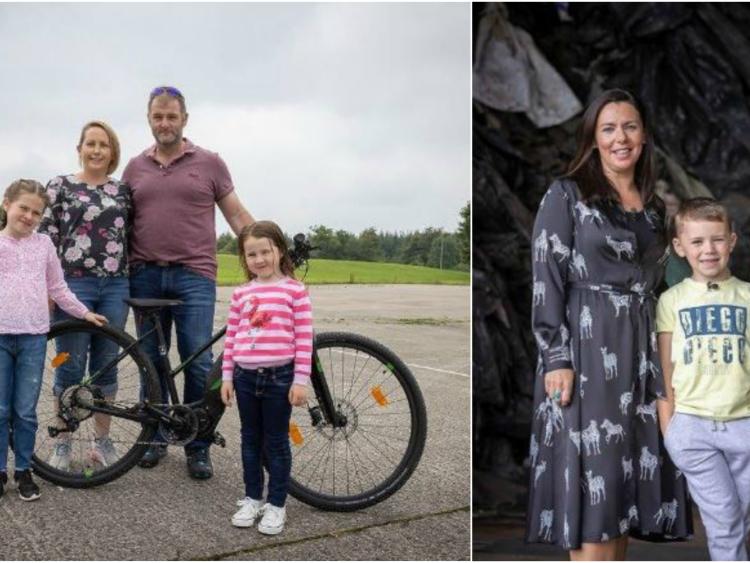 The world is heating up at a dangerous pace.

So four Irish families are taking on ONE BIG challenge. To change the way they live and reduce their carbon footprint. The family that reduces its on the environment the most wins €5000.

Among the four families are two Longford families, who will be looking out for the environment in their every day lifestyle.

Gary is a builder. Síle had her own creche but has now returned to college to do childhood studies. They bought and ran their local pub five years ago but it is closed at the moment because of Covid-19.

They describe their attitude to the climate as “a disaster” and want to change habits of a lifetime.

This is a family proud of their farming heritage. Gary’s brother runs a neighbouring farm. They eat lots of meat and dairy (litres and litres of milk). Sile reckons half of what they buy ends up in the bin – and probably the wrong bin. They don’t see how this harms the environment.

They generate a lot of waste – and burn much of it in the stove. There is a recycling bin and a general waste bin and a brown bin – but that doesn’t get used.

The Mulvihills have their own private well. Gary loves a long shower.

The washing machine is always on. Síle has a tendency to forget to take it out, so she washes the load again – and again. After it goes on the line, it goes in the tumble dryer.

Karen works for Longford Women’s Link as a mentor. In these Covid times, she is a community champion helping vulnerable people in the area. She is aware of climate change but feels she needs a lot of help. She wants to show Mack he can have a positive impact on the environment by making better choices.

Karen is a bit of a fussy eater with a particular dislike of tomatoes, because of their texture. They eat a good bit of meat. Mack loves Bolognese with cheese. Karen says she would die if she had to go on a plant-based diet.

She also refuses to drink the tap water because it tastes of lime. As a result, she buys a lot of water. She also leaves the tap running when she brushes her teeth.

Karen is worried about the amount of food she throws out. However, she is the only one of our families to have – and use – a compost bin. It has been in the back garden for about eight years and never been emptied.

Their home is heated by oil and has a B energy rating. She spends about €1,000 a year on oil. She uses the washing machine a lot, hangs the clothes out to dry and then puts them in the tumble dryer to soften them up.

Karen does a lot of driving. Hundreds of kilometres a day. However, Covid has changed all that.

A dedicated team of data experts will monitor all four families, around the clock, over four weeks. They have fitted each house with cameras, counters and meters and will also be tracking the mileage they build up on the roads.

There is no hiding place as producers measure the environmental impact of their water, waste, energy and food consumption.

They'll count their toilet flushes, investigate their bins, analyse their every meal and count the energy used by all of their domestic appliances.

At the end of every week, all four families face a panel of experts and discover how much they’ve contributed to saving the planet.

This year’s studio is located at Bord na Móna’s plant in Littleton, Co Tipperary. Until recently, peat was brought here from surrounding bogs and turned into briquettes. The bog was slowly disappearing and losing its capacity to store carbon.

Bord na Móna is now restoring those bogs and, by removing the co2 from the atmosphere, the bogs will now become a refuge for native wildlife. We’ve set up base in the former briquette factory, which is now recycling thousands of tonnes of plastic from farms. Can this brown to green transformation inspire our four households to make small, domestic changes that can help to save the planet?

What Planet Are You On? is produced by Vision Independent Productions for RTÉ. The series is co-funded by RTÉ and Science Foundation Ireland.