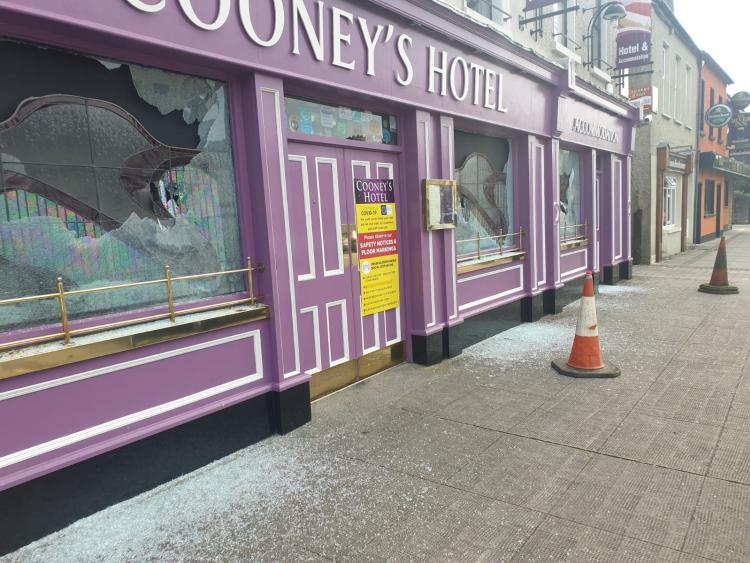 A 21-year-old man has this evening been charged with criminal damage of a Co Longford hotel in which tens of thousands of euros worth of damage was allegedly caused, the Leader can reveal.

The man was charged by detectives at Longford Garda Station after three highly valuable windows were allegedly smashed at Cooney's Hotel in Ballymahon on Tuesday night.

He was arrested earlier this morning and quizzed for much of the day over the incident and held under Section 4 of the Criminal Justice Act.

Detectives had until shortly before 7:30pm this evening to either charge or release him.

He was charged after 7pm with alleged criminal damage at the well established hotel and will appear at next Tuesday's sitting of Longford District Court.

Garda sources have, meanwhile, confirmed their investigation into the incident is very much ongoing.