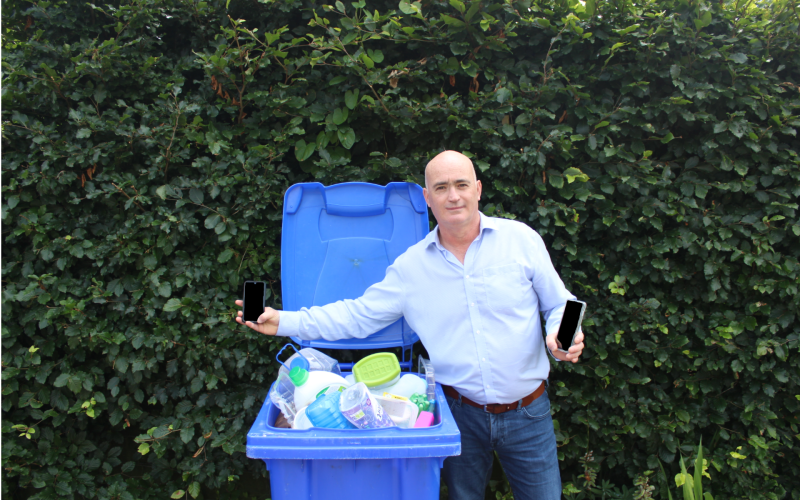 A study by midlands start-up CUSP into the volumes of single-use plastic packaging waste generated across County Longford has identified hotspots in terms of volumes, which if given priority would see significant reductions in the amounts generated in the county each year.

CUSP (Cease Using Single-Use P lastic) was established in 2018 to develop solutions to this burgeoning crises. ‘Our research found consumers are put-off trying to reduce their single-use plastic waste by the continuous reporting of the crises in the ‘millions of tonnes’, according to CUSP founder Simon Ruddy. ‘This leaves people wondering ‘what’s the point trying to reduce… my small contribution is hardly going to make any difference’.

CUSP takes the big global numbers on single-use plastic waste, the ‘millions of tonnes’ we read about frequently and distils these numbers down into smaller bite-sized reduction targets community groups and households can more easily relate to; all delivered via CUSP’s user-friendly, free mobile app.

Longford Town has the biggest mountain to climb at 513 tonnes annually, with Edgeworthstown coming in a distant second at 122 tonnes.

The table provided lists volumes for 9 Longford towns, which cumulatively accounts for 44% of the counties annual single-use plastic waste pile. Also listed are reduction targets aligned to the key UN sustainability goal for the elimination of all non-essential single-use plastic packaging by 2030, estimated at 70% of current global consumption. 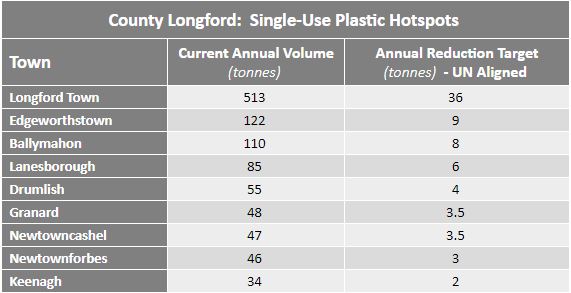 To achieve 70% reductions by 2030 Longford as a whole needs to reduce single-use plastic waste from its current 2,400 tonnes annually to 720 tonnes annually by 2030, requiring an average annual reduction of 170 tonnes, each year through 2030

'In order to achieve this' Simon continued ' CUSP is asking Longford households to reduce by just 1kg each month, from a current monthly average of 14kgs per household'.

'Why 1kg'? explained Simon '1kgs isn't simply a random target CUSP has arrived at but aligns Longford to both national and international reduction goals.

During our recent pilot launch, 200 participating households achieved average monthly reductions of 2.5kg. If replicated locally, this would see Longford hit 2030 reduction targets as early as 2026!