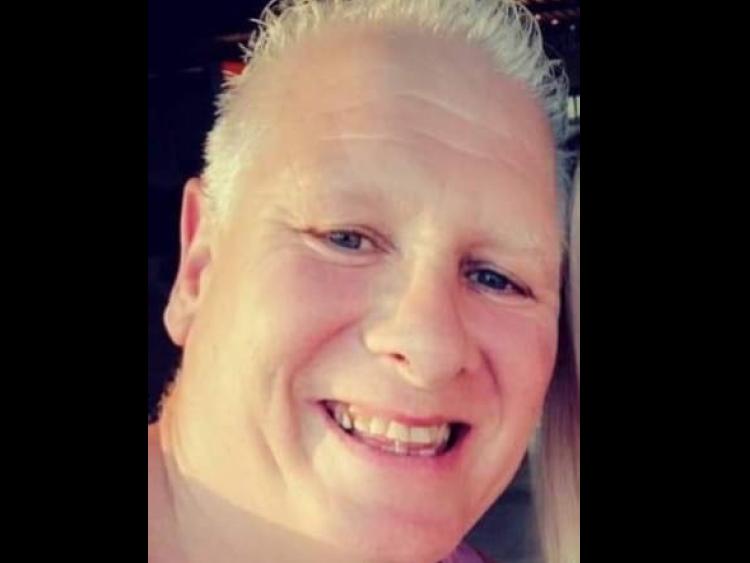 Martin Devlin was one of life’s good guys.

Straight up and veracious, what you saw was very much what you got with the insatiably proud father of three.

And it was precisely those qualities which brought home the enormous sense of loss and despair which was felt throughout the Longford town community when news filtered through following his unexpected passing last week.

Born in central London in July 1965, Martin was the loving and devoted son to parents Thomas and the late Mary (nee Masterson).

By the age of 13, he together with siblings Marie, Joan and Gary moved back to Longford where the family would go on to set up home.

A pupil at the former St Oliver Plunkett’s Vocational School, Martin took up employment at the old Quinnsworth premises on Earl Street before transferring to Tesco at Longford Shopping Centre.

His assiduity and unremitting hard work ethic saw him rise to the position of fruit and vegetable manager until 2007 when opting to take redundancy and secure a position with Longford County Council as a traffic warden.

In between his daily work as a local authority employee, the affable and cordial Man Utd supporter was perhaps equally as well known for his love of sport.

A talented footballer in his own right, Martin was a regular on the Longford town All Blacks side who routinely competed for the Paddy Clabby Cup during the mid 1990s.

His mentor, former Longford Town FC player and manager Zac Hackett, said there was much to admire about his young protege both on and off the field of play.

“Martin was unique in that he could play in three different positions, in goal, centre half and centre forward,” recalled Zac this week.

“He was a great player to have with you. Martin was not just a very good footballer but he was a good lad all round.”

His versatility as a polished footballer brought with it spells with both Mullingar and Longford Town.

That penchant for the ‘beautiful game’ saw Martin not just ply his trade on the football field but would also see him serve as an accomplished referee as well as coach underage soccer to the stars of tomorrow.

In laying claim to his young star’s humble and unassuming side, Zac said the impact brought about by his passing was something which shaken the wider Longford community to its very core.

“He was a modest sort of lad but he was a gentleman behind it all, a lovely person and he will be sorely missed in Longford.”

Those poignant tributes were ones which were matched by long term friend and colleague Gerry Rehill.

The latter told of first encountering a man who would later go on to become one of his closest confidantes while working as a bouncer at PV’s in Longford town.

“He worked there for ten years,” said Gerry, while paying testimony to his sincerity and dependability both as a workmate and friend.

“Martin never drank or smoked. He was what you would call a man’s man and was always up for a laugh.

“He was always working out too in the Longford Arms gym and there wouldn’t be a match in the Mall that he wouldn’t either be playing or refereeing in.”

Alongside PV’s, other stints as a well respected doorman would follow at Valentine’s and Murtagh’s in Carrick-on-Shannon.

A dutiful and caring father, Martin was someone who endured his own fair share of heartache and personal anguish.

The loss of his mother Mary a number of years ago followed by his uncle Paddy ‘Mel’ Devlin and sister, Joan earlier this year weighed heavily on him.

An even bigger battle would come his way when Martin was diagnosed with a serious illness last year.

Despite those travails, Martin, with his soulmate and fiancee Claire by his side, took on the challenge with grit and no shortage of resolve as he did with every other setback or obstacle which came his way in life.

“Claire was just an angel in disguise, she did so much for Martin,” said Martin’s sister Marie, adding the time the pair spent together were the “happiest of his life”.

Like Zac and Gerry before her, Marie referenced her brother’s fondness for sport and even revealed how he had helped save the life of a man who had got into difficulty while swimming in Tarmonbarry Harbour during the mid 80s.

“It’s only now that you remember those stories and acts of kindness,” said an emotional Marie.

“There was nothing he did that he didn’t excel at.”

In more recent times Marie explained how, Martin decided to add a golden retriever dog to the Devlin-Coady household, poignantly opted to call it ‘Koadi’.

“That dog was beside him the whole way through,” added Marie, as she endeavoured to describe how history and her late brother’s legacy would be best remembered.

“Martin was just a huge softie,” she lamented in quiet reflection.

“He was a great listener, who was always there for you. He was a gentle giant who was incredibly kind and generous and just an unbelievable man.”

And that perhaps, just perhaps is the greatest accolade that can be paid to one of life’s true and most genuine of gentlemen.