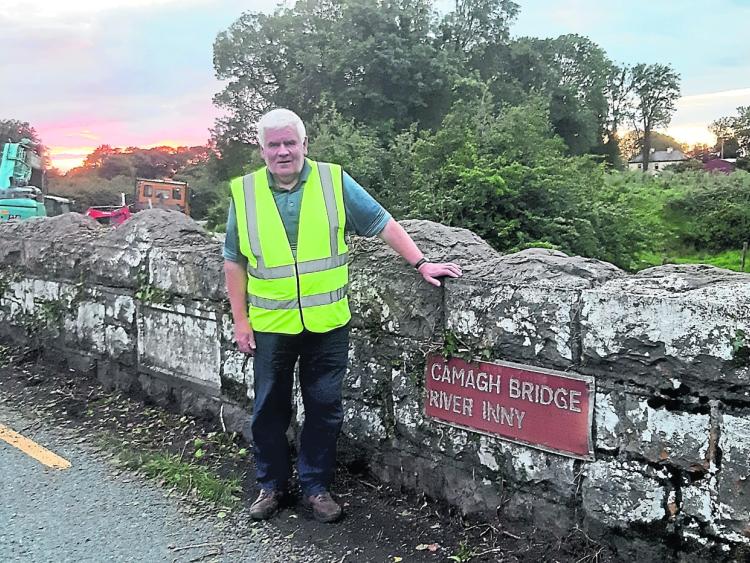 Repair works on one of Co Longford's oldest bridges is set to get underway bringing an end to long running attempts for upgrade works to be carried out on it.

Longford County Councillor PJ Reilly told this week of how agreement had been reached between the local authority and Westmeath County Council for renovation works to be undertaken.

The Abbeylara based public representative said the breakthrough on a bridge which straddles the border between both counties had been one he had long campaigned for.

“This bridge is the boundary divide with County Longford and Westmeath and crosses the River Inny,” he said.

The long serving Fianna Fáil public representative also revealed the bridge, having been built in 1876 was one of the most historical in the area.

“This works came around by a motion he lodged with Longford County Council sometime ago for repairs to done to it,” he said.

The works, which are to be carried out in tandem by both councils, will include ivy removal from the bridge, together with the rebuilding and pointing of stone and safety barriers.