Resilience and community spirit is vital to Granard's resurgence 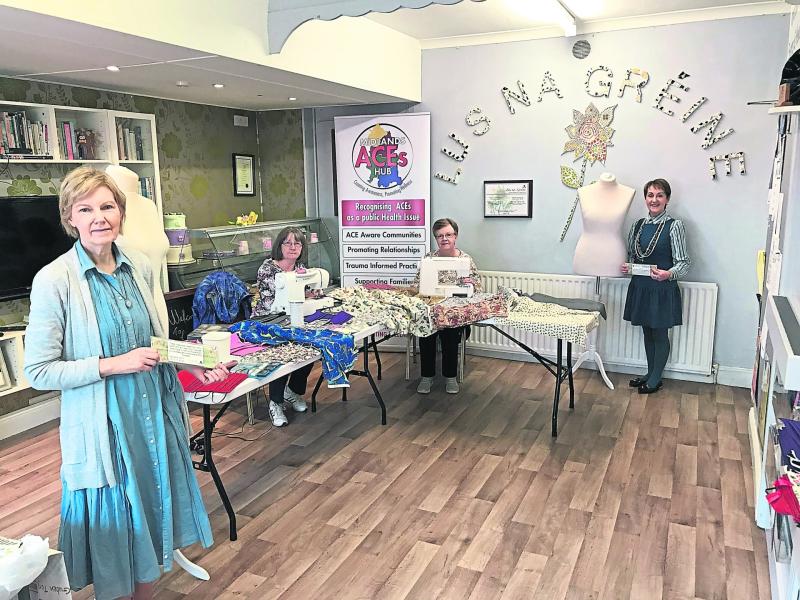 Resilience and community spirit were two of the overriding tag lines this week used to describe how Granard is managing to more than hold its own in the midst of a Covid-19 pandemic.

As one of Longford's most historically rich towns, it's hardly surprising such terminology took centre stage in what has been arguably the region's most testing six month period in recent memory.

“I personally think we are doing okay,” said Gerry McCawley, of The Tyre Warehouse.

The local businessman is among a raft of energetic and idealistic entrepreneurs who have helped breathe new life into the town overthe past decade or more.

Part of that buoyancy, for Gerry, has been largely due to the town's locality along the main N55 and with its centrality to other densely populated areas.

“It's a busy town and it's a main town to the likes of Northern Ireland and Monaghan which helps generate a lot of traffic into and out of it,” he added.

Aside from its location, Gerry contended the town has plenty of other strings to its commercial bow.

“There are a good few young businessmen and there is also a good mix of businesses,” he said.

“As well as that there are a lot of very decent people living in and around the area.”

That prevailing sense of optimism is one which was matched this week by the manager of Granard's Knights and Conquests Visitor Centre, Bartle D'Arcy.

Now home to undoubtedly one of the midlands' chief tourism attractions, this state of the art facility has been very much front and centre in helping to rejuvenate the town in the wake of Ireland's broader economic downturn.

Almost ten years in the making, Granard Knights and Conquests Visitor Centre is currently in the throws of a major outdoor expansion which will, it is planned, add an all encompassing €3.8m Norman Heritage Park to its grounds.

“I think its the community spirit which sets it apart,” said its Mr D'Arcy.

Once built, it's hoped the two projects could emtice upwards of 40,000 people a year into the region, while also sustaining employment for around 25-30 people between the centre itself and spin-off economic benefit in the local area.

Diggers moved in on the site last month in a development which promises to be a game changer for tourism in the region and will be a key attraction in Ireland’s Hidden Heartlands.

Combined with almost €3m in rural regeneration monies and funding from Longford County Council, it brings the overall cost of the project to virtually €4m.

But it's not just investment and money being thrown at various projects which has safeguarded Granard's socio economic vibrancy, according to Mr D'Arcy.

“There is a resilience that is definitely there and when you look back, we have been through worse before,” he said.

“What we are finding is we are getting a lot of staycationers coming to see us and more and more people are actually starting to discover their own country which they mighn't have done before now.”

Covid or no Covid, it would seem Granard is every inch the exemplar of what every provincial town should, or at least, attempt to be.