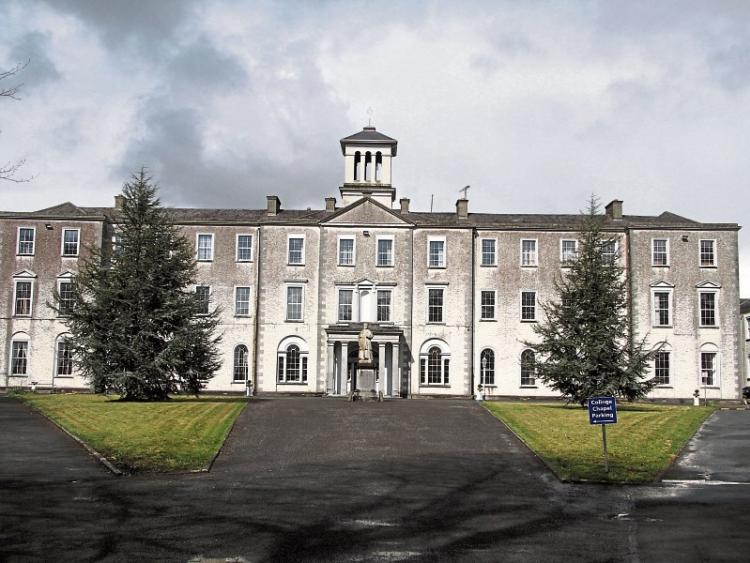 St Mel's College in Longford town is one of several second level schools hoping to welcome students back behind their desks over the coming days.

School principals in Longford are remaining focused on re-opening in just over a week’s time despite fears of a return to more draconian measures in the wake of a spike in Covid-19 cases.

Those concerns come after more than 260 new cases of coronavirus were reported over the weekend.

The figures, collated in the backdrop of a video of revellers appearing to ignore social distancing protocols at a Dublin bar over the weekend, led to heightened skepticism and murmurings of a return to more stringent health and safety measures.

The National Public Health Emergency Team (Nphet) met on Monday after Acting Chief Medical Officer Dr Ronan Glynn said the body would “make any necessary recommendations to Government which are required to protect the vulnerable, continue with the resumption of healthcare services and ensure the safe reopening of our schools.”

The remarks, in spite of their veiled warning, appear to have had little effect on the mindset of local principals who are pressing ahead with plans to re-open schools at the end of August.

“At this stage, I don’t really have the time to speculate and all I am concentrating on is what we are doing and at the minute we are preparing to re-open next week and until we are told otherwise that is what we will do,” said Moyne CS Principal Des Cullen.

His opposite number in St Mel’s College, Declan Rowley was just as forthright in his take on the need for students to return in a safe and secure educational environment.

Mr Rowley said while a definitive decision on the return of schools was out of his hands, efforts to safeguard the health of students and staff remained paramount.

“That’s definitely a possibility but it’s not up to us to make that call,” he said.

“At the minute it’s full steam ahead and we are adhering to all the regulations. The biggest issue is to try and create social distancing in classrooms.

“We feel we have made those changes to such an extent where students can come and do what they need to do, but what we don’t want to do is get into a situation where we have to herd them around the place. They have to take responsibility.”

The Killoe native said whatever about ongoing anxieties of a continued upward trend in Covid-19 cases, ensuring the safe return of students to a classroom based setting had many more strands to it than just an educational relevance.

“It’s not good (continued closure of schools) from a morale point of view and from a social context side of things,” he said.

“What it will (proposed re-opening) also do is give parents a chance to get back into a normal situation but we will continue what we are doing and won’t put any doubt in anybody’s head until we hear otherwise.”