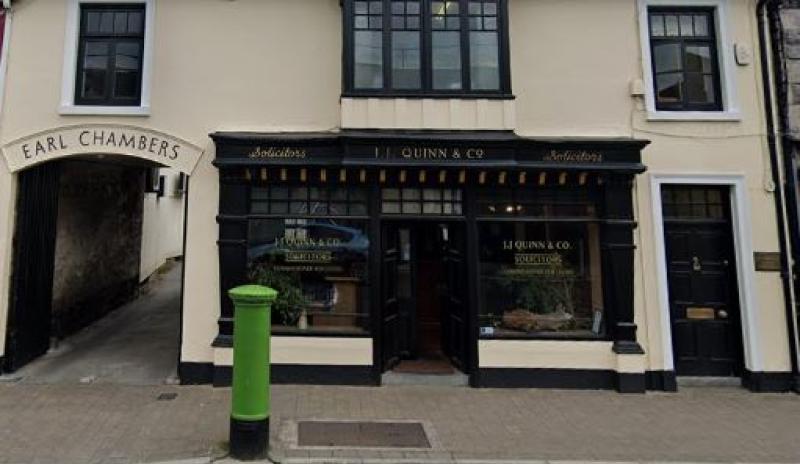 John J Quinn & Co Solicitors has expressed its dismay over allegations which emerged on social media in recent days which alleged it was one of a number of businesses and individuals to have been visited by the State law enforcement agency into an ongoing probe concerning organised crime in the county.

In a statement posted on its own Facebook page, the company roundly dismissed the allegations as being unfounded and without foundation.

"It has come to our attention that there is presently a blatantly untrue allegation being promoted across social media that our office was recently 'raided by CAB'.

"This allegation is without merit, entirely fabricated and untrue," read the statement.

The local solicitors firm's decision to come out and rubbish the claims follow Longford-Westmeath Fianna Fáil TD Joe Flaherty's similar attempts to draw a line under the controversy.

Writing on his Facebook page, Mr Flaherty said the allegations are part of a “sustained campaign” against him which is “clear designed to discredit” him.

“I have not, now or ever been ‘raided by CAB’, either at my office or family home. Nor have I had any engagement at any level with the anti crime agency,” the Longford-Westmeath TD said.

“I accept in the course of my political work that I am open to public scrutiny but I cannot stand by and allow my name to be defamed and my family to be abused and insulted,” he added.

It was previously revealed, Mr Flaherty wrote a letter to a court on behalf of three men whose homes were subsequently raided as part of a major CAB investigation.

He described the three brothers as "extremely capable, very sharp and more than familiar with hard work" in a letter submitted during a trial for violent disorder which was sent before the CAB investigation emerged. Mr Flaherty said he “deeply regret” sending the letter.