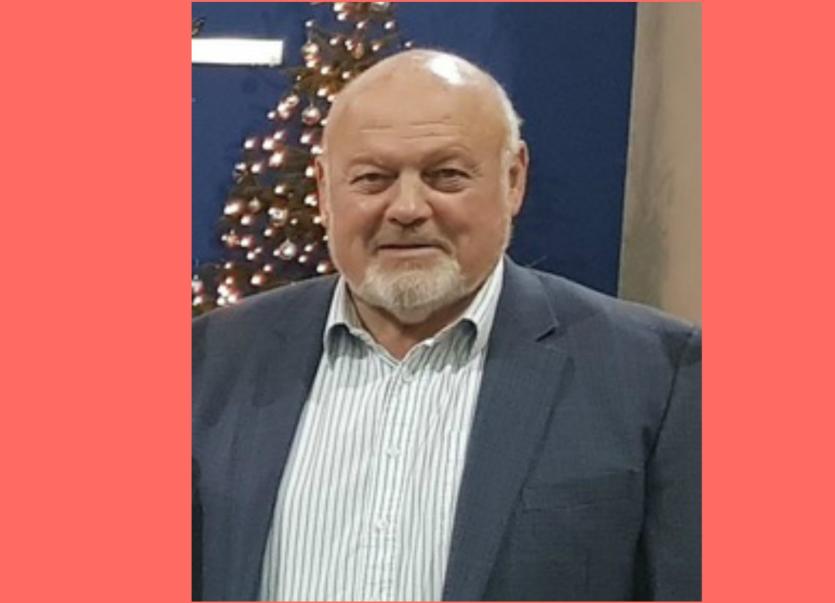 We were all shocked and saddened on hearing of the sudden death on July 15, 2020 in his late ‘sixties, of Kevin Canavan, Creevaghbeg, one of nature’s thorough gentlemen who was very-much liked and respected by a huge number of people.

He was always a good-humoured, calm, kind and generous man, very much supportive of his family whom he loved dearly. He was there for them at all times. He was always ready to help, not just his family, but his neighbours, friends and sporting colleagues down the years. You could totally depend on Kevin.

Married to Sheelagh 41 years ago on August 16, as a teenager he attended The Cistercian College at Mount Saint Joseph, Roscrea and studied Agriculture in UCD where he played soccer and gaelic football.

He  started his working career with Teagasc in Mullinavat and then Teagasc in Longford.  He then spent the remainder of his working career for many years teaching in the Franciscan College of Agriculture in Multyfarnham until its closure when he moved on to Ballyhaise College in which he was highly regarded by both their students and teachers.

An outstanding footballer in his day, Kevin began his underage career with Ballymahon GAA Club in the ‘sixties and played for his county for the first time at Juvenile level. He played with distinction on the history making team of 1969 who brought the first Intermediate title to Ballymahon, this team was recently honoured at a function in Cooney’s Hotel which he attended with his team-mates and friends.

Still in the ‘60’s he played at Minor, U21 and Senior level for Longford and captained with pride, the Ballymahon team in 1972. He was also very much involved in training and managing many Ballymahon teams over the years where he made a lasting impression on the lives of so many young people.

Kevin was also an exceptional rugby player and served Athlone Rugby Football Club for many seasons, playing a variety of roles commencing in the centre before switching to the front row trenches as a very formidable and competitive prop. He captained the Club in season 1978/79. His fearsome prowess in the three-quarters line was recognised by the Connacht selectors too and he was capped against Munster and Leinster in 1975.

Kevin played in five Connacht Senior Cup Finals in the ‘70’s being on the winning Athlone side in both 1976 and 1977, with the Club enjoying a memorable Senior Cup and League double in 1976/77.  He also played in the 1983/84 Junior Cup final towards the end of his memorable rugby career.  He was a great source of encouragement to younger players in school teams and underage sides in both rugby and gaelic.

Kevin also played soccer with the Ballymahon Red Devils team for some time.

In his spare time he enjoyed going to race meetings, loved socialising and a few years ago joined Ballymahon’s Historical Society.

He was very much involved with Fine Gael and always enjoyed chatting about politics and indeed many other subjects.  He also loved helping on the family farm out in Rathmore for many years, he had a great love and respect for the land and loved to go to the bog every year.

He was a great supporter of the annual Goldsmith Summer School as he was with various organisations around the town, the town he loved so well.

On Saturday afternoon, July 18, when his remains lay in repose at his residence a huge number of people from many parts of the country filed by the coffin at his back window, in accordance with HSE guidelines. He was a friend to so many people.

The Offertory Gifts to reflect his life included a picture of Kevin’s dog, his walking companion for the last 16 years, National Geographic because of his thirst for knowledge and a tablet where Kevin kept up to date with everyday life, including his racing.

When his remains were being brought from his home to the church, a Guard of Honour was formed by the Athlone and Buccaneers Rugby clubs, by former team colleagues, members and officials from Ballymahon GAA Club and a huge number of neighbours and friends who lined the street as a mark of respect for a very special man.