Tribute paid to the late Kevin Canavan and Noel Cooney 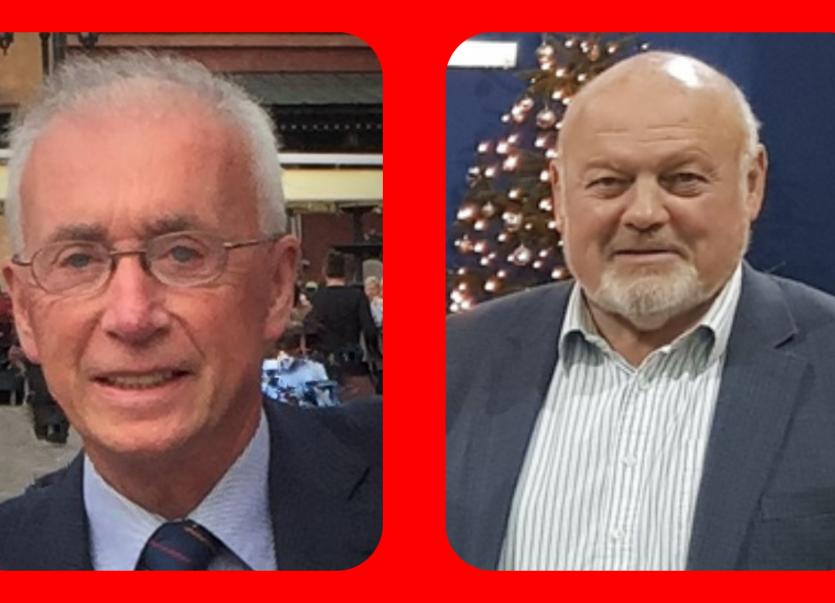 Ballymahon GAA has this evening paid tribute to the late Kevin Canavan and Noel Cooney, two club stalwarts that passed to their eternal reward this week.

The club tribute read: “Ballymahon GAA would like to offer its sympathy to the Canavan and Cooney families on their recent sad bereavements.

“We were all shocked to learn of the sudden passing of Kevin Canavan late last Wednesday evening, and were just processing this news when word came through the following morning that Noel Cooney had passed away. Two families who have had long associations with the club are grieving and we think of and pray for them at this sad time.

“Both Kevin and Noel played a large role in Ballymahon GAA club over many years. Both were consummate gentlemen, whom it was a pleasure to be in the company of, and we are deeply saddened by their loss.”

“Kevin Canavan began his underage career with the club in the 1960s, making an early impression on the county selectors to play for Longford for the first time at Juvenile level. He was part of the history making team of 1969 who brought the first Intermediate title to Ballymahon at the expense of Colmcille, a key member of the defence at centre-back and still eligible for Minor.

“Before the decade was out, Kevin was also to feature for Longford at Minor, U21 and Senior level – a testament to his prowess as a footballer. The 1970s were a lean time for silverware in the club but Kevin remained one of the most consistent performers, and captained the club in 1972.

“Kevin was not content to leave his contribution on the field, and took on the task of training and managing Ballymahon teams on a number of occasions. His sporting talents were not confined to a single code, and he was a starring performer with Athlone RFC, winning a Connacht Senior Cup and also earning representational honours with Connacht.

“Outside football, he will be fondly remembered by the students who passed through Multyfarnham and Ballyhaise Agricultural Colleges under his watchful tutelage. We extend our deepest sympathy to his wife Sheelagh; daughters Michelle, Denise, Niamh; son in law David; grandchildren Róisín, Seán, Ruth & Evie; brothers Christy, David & Jimmy; sisters Breda & Marian and his wide extended family.”

In accordance with Government and HSE guidelines, the funeral Mass will be restricted to family only and social distancing must be observed outside the church. You can express your sympathies by clicking on condolences on RIP.ie. A memorial Mass will be held at a later date.

“Noel Cooney made his first appearance in the club annals as part of the Schoolboy team that reached the county semi-final in 1959. His young age was no barrier to being part of history, as Ballymahon played in the first ever championship game at U21 level in county Longford versus Killashee in 1963, emerging victorious before eventually bowing out in the quarter-finals. #

“Noel hadn’t long to wait to make his senior debut, lining out in the full forward line for the championship of 1964. Still eligible for minor, his football talent belied his young age. Having won a Juvenile league in 1962, this talented team of which Noel was a central cog went on to win a Minor league in 1964.

“Being part of ‘firsts’ in the club was becoming something of a trend. Noel was on the first team to play Intermediate football for Ballymahon in 1966. By now a key member of the forward line, he scored a point in helping Ballymahon secure their first Intermediate title in 1969. Noel remained a committed member of the team until the mid-1970s, a stalwart when silverware was not in abundance.

“In his working life, Noel provided an essential public service, and did tangible work for a greater good through his career with the Irish Blood Transfusion Service. Although resident in Dublin, Noel never forgot Ballymahon. He was always keen to make connections with anybody from his native town, and to steer a conversation towards his homeplace.

Funeral: Noel’s Funeral Mass will take place privately for his immediate family and close friends at 11am on Saturday, July 18 in St Colmcille’s Church, Knocklyon. Live streaming of the funeral Mass can be viewed by clicking on the following link https://www.knocklyonparish.ie/

Those who would have liked to attend the funeral and cannot due to current restrictions may leave a personal message for the family in the ‘Condolences’ section on RIP.ie.

Mary, Anthea and Colin would like to take this opportunity to thank the doctors, nurses and staff of the Blackrock Hospice for the wonderful care they gave to Noel during his illness. Family flowers only please. Donations if desired in Noel’s Memory to the Blackrock Hospice https://olh.ie/