Carriglass ‘at risk’ claims An Taisce 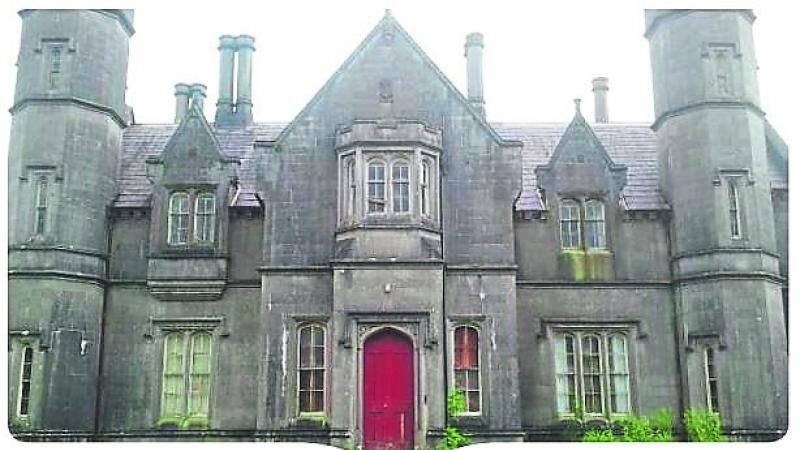 An Taisce, a charity that works to preserve and protect Ireland’s natural and built heritage, has included Carriglass Manor, Co Longford among what it determines are the country’s Top 10 Most-at-Risk Buildings.

It is the second time that An Taisce has compiled and updated the Top 10 Most-at-Risk Buildings.

The Buildings-at-Risk Register was put in place in response to the growing number of structures that are vacant and are falling into a state of disrepair.

A spokesperson for An Taisce said, “These are all buildings of importance, both intrinsically and to the heritage of their local areas, buildings that lie vacant and are in such a state of disrepair that they may be dangerous or have no identifiable new use.

“These buildings could be lost to future generations unless direct action is taken soon to preserve them.”

The spokesperson added, “Given that the recent pandemic brought construction around the country to a halt, together with a homeless situation that has not gone away, there is a compelling argument to save and repurpose these buildings.”

The An Taisce Top 10 Most-at-Risk Buildings profiles Carriglass as follows;

Carriglass is a property with a strong literary connection and it is in dire need of restoration: in its case, the literary link is Jane Austen.

Carriglass is a 19th century Tudor revival house designed by Daniel Robertson. For over 160 years it was the residence of the Lefroy family.

The outside buildings, the late 18th century stable yard and main entrance gates, were designed by James Gandon, the architect responsible for The Four Courts and The Custom House, in Dublin.

When Sir Thomas Gleadowe-Newcomen shot himself under financial strain, in 1825, the property passed into the ownership of Thomas Lefroy, a lawyer, judge and MP for the constituency of Dublin University between 1830 and 1841. However, Lefroy is perhaps best remembered today as the possible object of Jane Austen’s intentions.

His presence in her life would appear to be reflected in the teetering romance between Mr Darcy and Elizabeth Bennett, in her novel Pride and Prejudice. The Lefroy family remained at Carriglass until 2005 when the estate was sold to a property company called Thomas Kearns Developments.This resulted in the felling of large tracts of ancient woodland and the construction of a first phase of housing.

In 2014, Carriglass was taken over by a local company, Glennon Brothers.