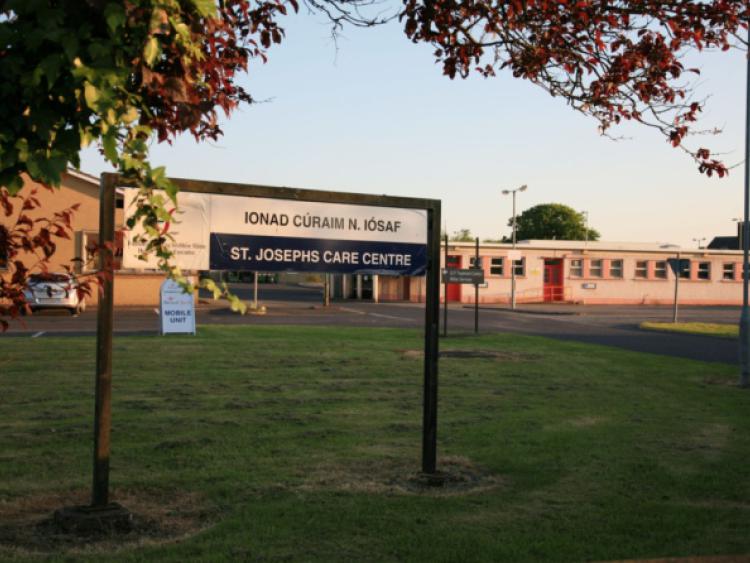 HSE chiefs have given the green light to one of the largest expansions of St Joseph’s care facility in its history almost three years since plans for a multi million euro upgrade were first announced.

Health bosses have rubber-stamped plans for a 43 bed residential unit to the west side of the Dublin road facility, incorporating en suite bedrooms, day and dining rooms as well as activity and staff support rooms.

The Leader also understands plans have been made for a new single storey extension to house an energy centre alongside a similar ground level building to the facility’s south side for the provision of maintenance and ESB capabilities.

It’s similarly envisaged the project will provide for refurbishment works to the centre’s existing residential accommodation at the rear of the campus, a new car park and the demolition of St Teresa’s residential unit.

Details of the plans come almost three years since government chiefs first signalled its intention to undertake a near €12m upgrade of the long established facility.

Local Fine Gael Cllr Peggy Nolan described the news as a “vote of confidence” in the faithfulness of the Longford public as well as the commitment of St Joseph’s Care Centre’s dedicated staff.

“St Joseph’s was always the poor relation and they (HSE) kept cutting and cutting but what they couldn’t cut was the loyalty of the people, not to mention the professionalism and diligence of its staff,” she said.

A long time health advocate, Cllr Nolan told of how ongoing fears surrounding the spread of Covid-19 and tighter controls over the health budget might have scuppered investment plans entirely.

But, she said the proposed rollout of a venture that has been the best part of three years in the making offered fresh hope of further expansion works in the future.

“I was promised this before the (local) election and I have constantly been asking when will shovels be on site,” she said.
“This, though isn’t about that. For me, it’s a vote of confidence in the people of this county and the staff.

“What we also mustn’t do is take our eyes off the ball because the campus out there is still under-utilised and could offer so much more.

“We might have won the war, but the battle still goes on.”