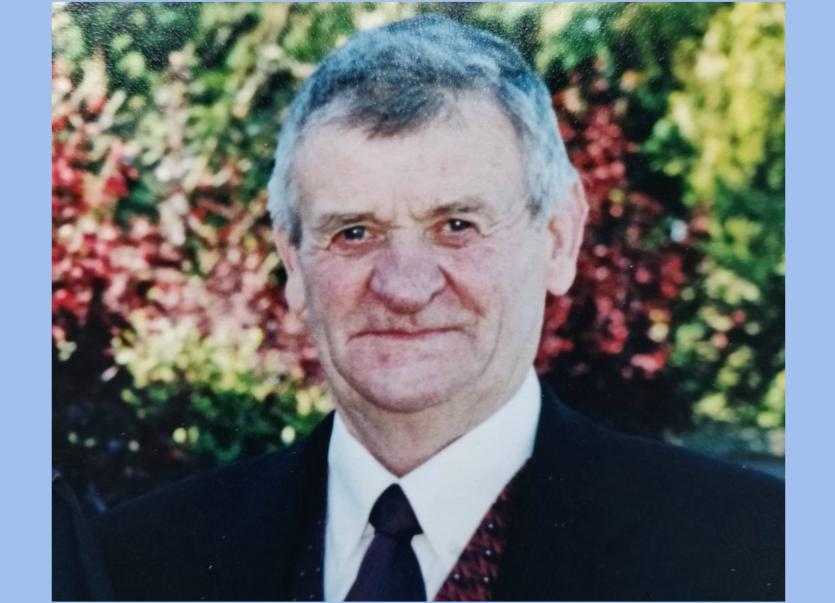 The peaceful death occurred on Tuesday, June 16 of Mr Patrick Lloyd, at his home in Ballymulvey in his 88th year.

Predeceased by his sisters Rosie (Dublin), Maureen (Birmingham) and Bridget (Yonkers, New York) and brothers Tom (Leicester) and Sean (Manchester), Pat was born in 1932 , the second eldest of 14 children of his parents John and Mary (nee Keegan).

Pat grew up in Forgney and apart from 18 months or so in 1955/56 in England, he spent the rest of his life in Ballymahon.

He had a simple philosophy, treat everyone right and above all treat everyone equally. He was honest and straightforward, right was right and wrong was wrong, you always knew where you stood with Pat.

He worked with Longford County Council for 44 years where he was very highly thought-of by his colleagues. Long before the advent of Irish Water he was the man you went to when you had trouble with water.

He knew the water pipe system of Ballymahon town like the back of his hand and if there was a burst mains, it was sorted in hours. Himself and Kevin O’Toole helped ensure Ballymahon and environs had a highly efficient, reliable water system.

In the winter, it was Pat and his colleagues of the time who would sand the roads. They would set out at about 3am and grit the roads around Ballymahon with sand and a shovel. They were the ‘gritters’ of their time.

For many years Pat was caretaker of Shrule Old Cemetery. He knew every plot and was adept at providing help and information to visitors and those looking to find their relatives’ burial place.

He was a great provider for his family. He took great pride in his well-stocked vegetable garden. His yearly routine was to head to the bog at this time of the year to save turf and he always ensured there was a good supply of firewood.

Pat was a great family man, he never missed the many events or milestones that his children had and he enjoyed every occasion. In later years, he also shared this with his ten grandchildren. He always wanted the best for his family.

In the past few years Pat was happiest at home. Unlike today with the Covid-19 restrictions when everyone was confined to home and found it difficult to adapt, Pat had no such difficulties. As long as his wife Margaret was there too, he was quite content.  She looked after him in his failing health with loving care supported by her family.  They would have celebrated 56 years of marriage the day after he died.  They set the example for their family by the way they lived and especially through the faith they lived.

Anyone who knew Pat, knew of his passion for politics and that he was a loyal member of the Fianna Fáil party all his life. He was a good friend of Albert Reynolds and while Albert operated on the national and international stage, when he came to Ballymahon, it was just Albert and Pat, or Pat and Albert because they both shared that vision handed down from 1916 that all men would be equal and live peacefully.

All his life, Pat played a very active role in the Fianna Fáil Ballymahon Cumann and Comhairle Ceantair and attended many Ard Fheiseanna and conventions as a Delegate. He was also the Presiding Officer at many elections in the local schools over the years. In later years Pat was honoured to serve as President of the local Cumann.

It was a fitting tribute to him that his many friends and colleagues in Fianna Fáil, led by local TD Joe Flaherty formed a Guard of Honour on the Main Street as his funeral cortege made its way to St Matthew’s Church, Ballymahon on Friday, June 19 for his Funeral Mass which was celebrated by Fr Liam Murray PP and Fr Oliver Devine PP, Forgney.

A Guard of Honour was also formed on the Ballymulvey road by members of The Bog Lane Theatre Group in which Pat’s son Patrick is a prominent member. Neighbours and friends also lined the route which bore testimony to the respect which has always been held for the Lloyd family.  His remains were laid to rest in Forgney Cemetery.