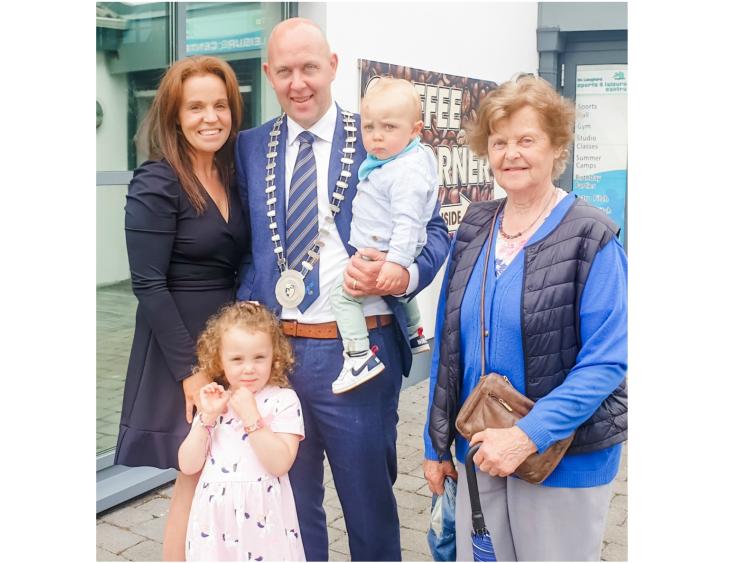 Cathaoirleach of Longford County Council with his wife, Jenny, his two children, Sophie and Joe, and his mother Rosemary

It's a proud day for the Ross family as Legan's Cllr Paul Ross (FG) dons the cathaoirleach's chain for Longford County Council.

Cllr Ross was elected to the position at the Longford County Council AGM this morning by his council colleagues.

For the full story, see next week's Longford Leader.