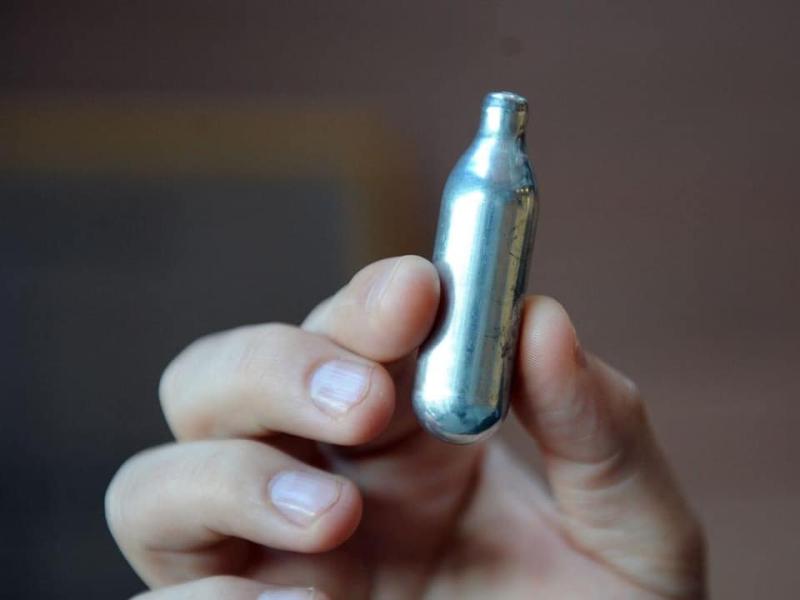 Lanesboro based Cllr Mark Casey is urging parents to be vigilant after members of the local Tidy Towns group came across 'hippy crack' gas canisters during a litter pick on Monday.

The Independent member of Longford County Council explained: "Many of you may have seen these gas canisters in parks or streets and may have heard about this recent trend among young teens using laughing gas or hippy crack."

Cllr Casey provided the following information for the benefit of parents and he urged them to be vigilant.

"Nitrous oxide is classified as a dissociative anaesthetic and has been found to produce dissociation of the mind from the body (a sense of floating), distorted perceptions and in rare cases, visual hallucinations.

Nitrous oxide is a colourless gas that is commonly used for sedation and pain relief, but is also used by people to feel intoxicated or high.

It is commonly used by dentists and medical professionals to sedate patients undergoing minor medical procedures. It is also a food additive when used as a propellant for whipped cream.

When inhaling directly from tanks or whippets (bulbs), the gas is intensely cold (-40C degrees) and can cause frostbite to the nose, lips and throat (including vocal cords).

As the gas is also under constant pressure, it can cause ruptures in lung tissue when inhaled directly from these containers.

Releasing the nitrous oxide into a balloon warms the gas and normalise the pressure before inhaling.

People can also harm themselves if they use faulty gas dispensers, which may explode. Dispensing several gas canisters consecutively with one cracker (a handheld device used to ‘crack’ a nitrous oxide bulb/whippet) can also cause cold burns to the hands."

Cllr Casey stressed: "I'm not giving medical advice, just trying to help parents be aware of some dangers present at the moment to help be vigilant for them. To report any worrying activities, please phone the gardaí."