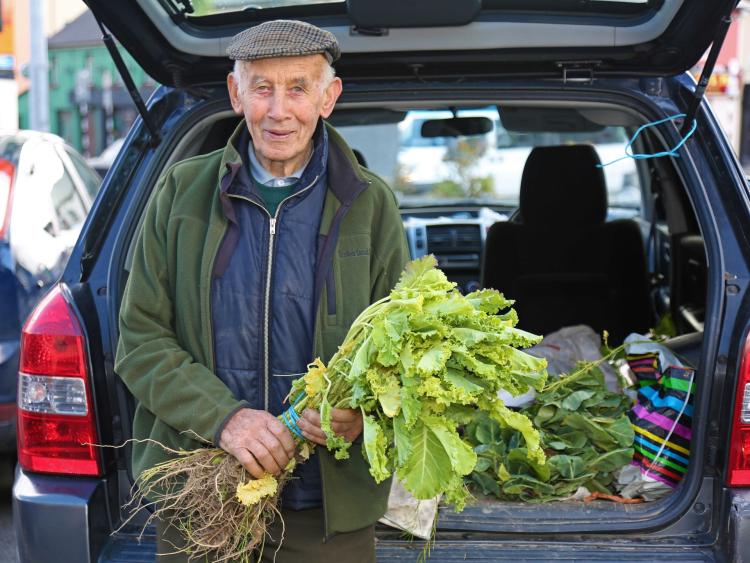 Many tributes have been paid to the late Ned McEvoy, Ballinalee, who was a legendary and familiar presence at the Longford Farmers Market for over sixty years.

Ned died, suddenly, at his home in Kiltyclough, on Wednesday, May 13.

Paying tribute, Longford Farmers Market, said: “It is with great sadness that we learned of the death of Ned McEvoy.

“This gentleman sold his cabbage plants every year on the Market Square for over 60 years. He will always be remembered by us traders as the man who took on the Urban Council many years ago when they tried to extinguish the farmers rights to sell their produce on the Market Square in Longford town.

“Ned took his case to the courts and won that battle on behalf of all farmers, for that we will always be grateful. Rest in Peace Ned.

“To his family we extend our deepest sympathies.”

Ned will repose at his home in Kiltyclough on Friday, May 15, with Funeral Mass on Saturday, May 16 in The Holy Trinity Church, Ballinalee, at 12 noon, followed by burial in St Emer's Cemetery, Ballinalee.

Due to government regulations, only Ned's immediate family will be able to attend Funeral Mass in the church.

Extended family and friends will be able to listen to the Mass in the church grounds or to view live on Facebook, at the following link, https://www.facebook.com/nedmcevoyrip

A Memorial service will be held to celebrate Ned's life at a later date. Ned's family are sincerely grateful for your thoughts and prayers at this difficult time. Ar dheis Dé go raibh a anam dílis.