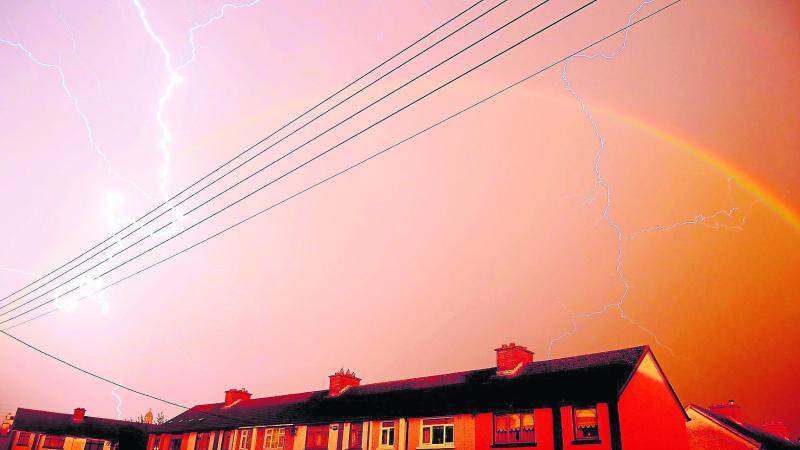 This spectacular photograph of fork lightning accompanied by a rainbow in the Longford skyline was expertly captured by camera enthusiast Bernard ‘Doc’ Doherty last Wednesday evening.

Doc subsequently shared the photo on his Facebook page and not surprisingly there was an incredible reaction.

Tiernan Dolan spoke to Doc for a feature on his popular Humans of Longford Facebook forum and he started, where else, but by asking the Doc about 'that photo?'

“Well, last night I noticed there was a beautiful light in the sky. Stephen, my son, mentioned there was a rainbow too so I went outside and took a few shots with my phone but I couldn't fit in the entire rainbow so I grabbed the first camera I saw in the house.

“Just as I took the photo of the rainbow, the lightning flashed and thankfully I managed to keep the camera steady. Then instantly there was a tremendous rattle of thunder right overhead. Lucky it didn't hit me!”

When Doc went inside he showed the photo to his son. “Stephen couldn't believe his eyes. I was told since that to photograph a flash of forked lightning in Longford is a bit of a coup, a once in a lifetime chance.

“But when I examined the photo, full screen on the computer I realised that there were actually four different lightning forks as well as the rainbow.”

Doc, who has been taking photos since he was 15 or 16 and captured that lightning shot with a Panasonic Lumix G, suggested it was ‘pure luck'.

“I was pure lucky to have clicked at exactly the right second but I'm glad I did click when I did.”

Doc added, “I've always been taking photos. I was in the old original Camera Club in town and am still in the new one. My archives are bulging with prints.”

Doc came to Longford from Clonmel in 1969 with the Army. “I had just served a tour of duty with the UN in Cyprus, so from Cyprus to Connolly Barracks as part of the Southern Command ,12th Battalion. We were deployed to Longford because of the troubles in the north. The 4th Motor Squadron arrived after us.” 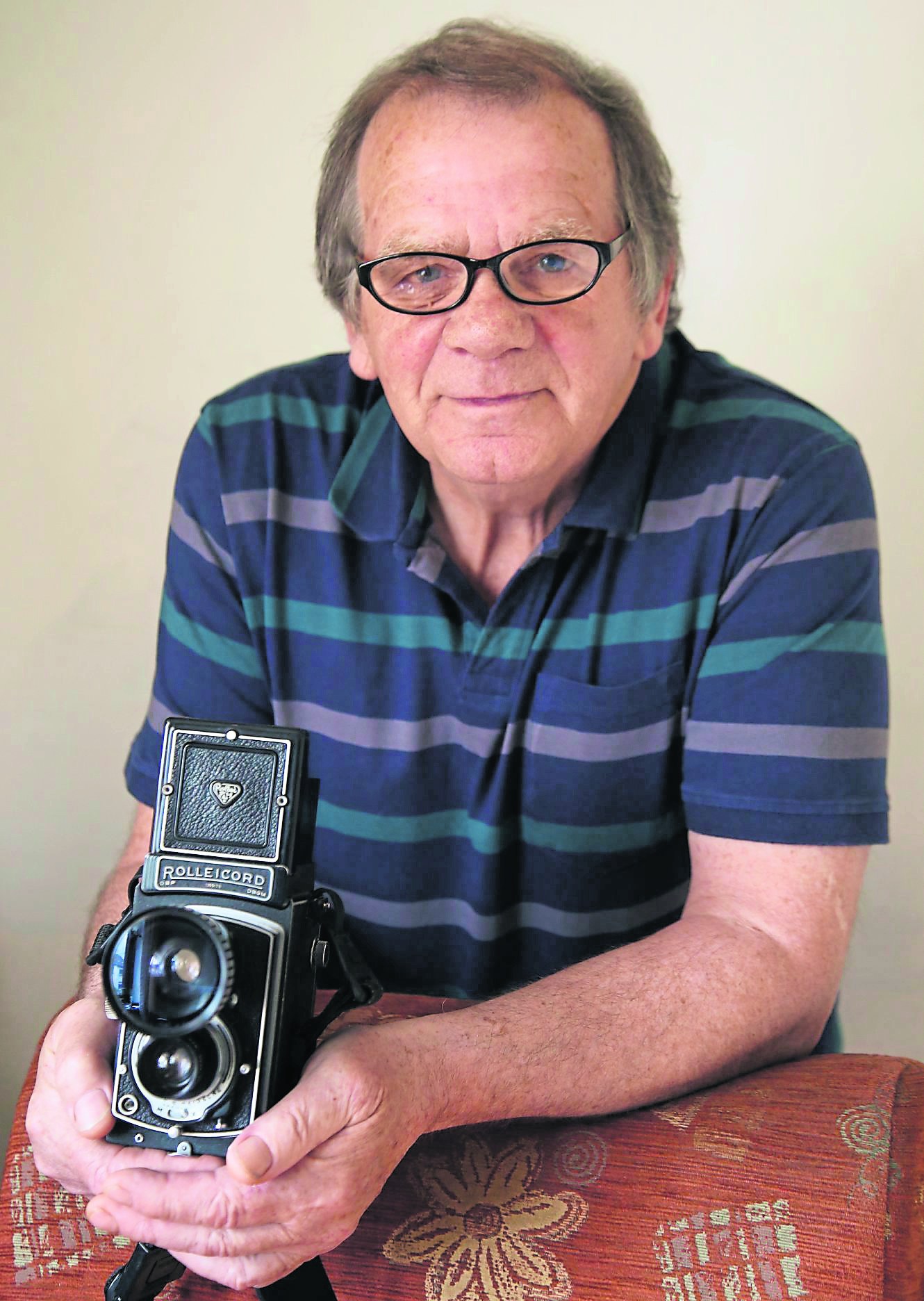 It was during his army days that he got the name Doc. “I enjoyed my army days and am still friendly with the lads. Great bonds were formed in the army. I was renamed Doc in Longford. Back in Clonmel, I was always Bernard.”

After the army, he worked in Lyons and got involved with the GAA club in Ardagh. He played gaelic football with the Clonmel Commercials and was lucky enough to have won a couple of senior county titles with them. “I was lucky too to have won a county Senior Championship medal with Ardagh too in 1978.”

Boxing is another sport the Doc really enjoyed. “Again, I feel lucky to have won a number of National titles. One boxing memory is that I boxed live on RTE television in the All Ireland's in 1966 and was fortunate to have won that particular bout.

“Then in Longford, along with other lads, I helped with coaching in the Longford Boxing Club. It was great for self discipline and a good few talented boxers came out of Longford from that time.”

He confessed that his first love, now in sport, is hurling. “The GAA haven't messed with the hurling rules. I've travelled all over the country to watch hurling games. The skill is unreal. It's absolute, pure skill and amazing to watch.”

Like all sports fans, with the Covid-19 pandemic restrictions, he is really missing the games.

Doc says he has loved his 50 years plus in Longford. “The people have been very good to me and my family. I made great friends here. I'm proud to be associated with Longford. It's home for my children and grandchildren. My experiences have only been positive.”

In these unprecedented times, Doc paid tribute to and thanked frontline staff, particularly the nurses and care workers.

“They're over worked, they've been underappreciated and underpaid.”