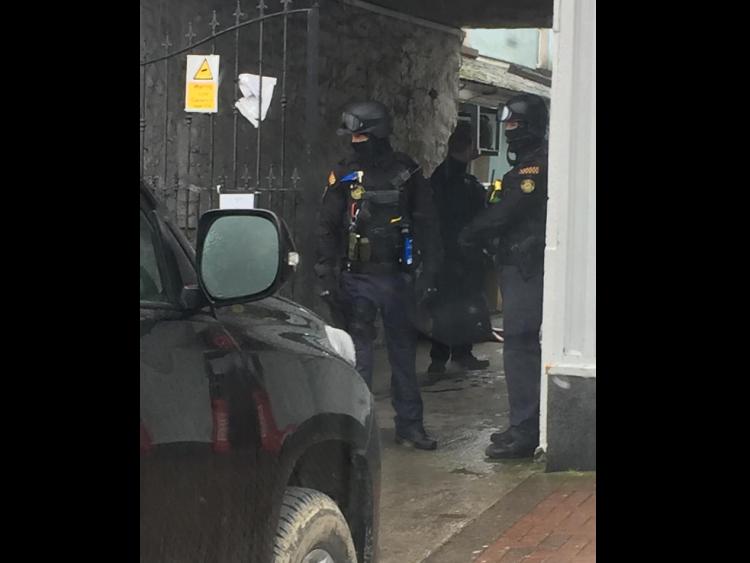 A daring attempt to escape from gardaí and armed forces resulted in disaster for two men in Ballymahon last week following a €200,000 drugs bust at a Main Street apartment.

When the Roscommon and Longford Divisional Drug Unit and Armed Support Unit, accompanied by local detectives and uniformed gardaí arrived at the property on Thursday afternoon last week, two occupants tried to make their escape out a first floor window, with one breaking his foot in the fall.

The men were arrested and appeared at a special court sitting last Friday evening where they were refused bail and remanded to yesterday’s sitting of Longford District Court.