Anti-social behaviour on trains: ‘I won't put up with that crap’ 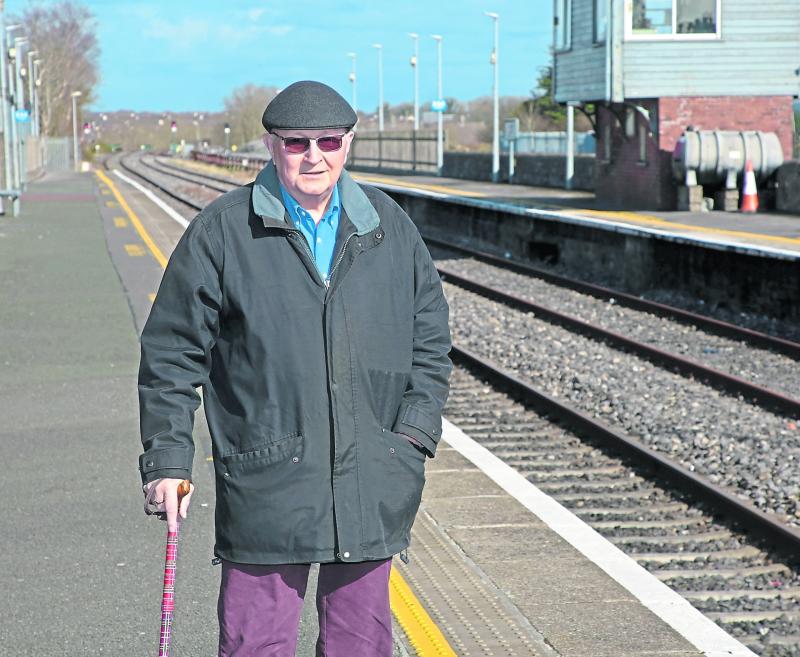 A father of two has told of how he was verbally abused by a group of drunken youths and accused of historic sex abuse during a harrowing train journey from Longford to Dublin.

Patrick Doyle called for government and Irish Rail bosses to introduce a dedicated policing unit for public transport to curb anti social behaviour issues in the wake of his ordeal on Sunday March 8.

Mr Doyle and his daughter boarded the Sligo to Dublin train shortly after 2pm and sat down at a table seat.

Within moments, however, the Dubliner was disturbed by a number of passengers creating noise.

“We got on the carriage that's part of the engine itself, right behind the driver's cab,” he said. “It was fairly packed but we managed to get a seat with a table.

“The seats behind us were single seats, two by two and there was a gang of lads right behind us who I would say were rather loud and had quite a lot of drink with them.

“They were cursing a good bit, f-ing and blinding.

“My daughter said for me not to do anything but I just said 'I'm not putting up with this any longer' so I went over to them and said: 'Lads, would you do us a favour and turn down the volume and mind the language because there are ladies present'.”

Mr Doyle said it was an intervention which, in hindsight, caused greater distress than what he had originally anticipated.

“And the volume did go down for a while but it came back up again a bit later.

“Two lads then came up from the carriage behind us and spoke to the crowd behind us and just before we got to Dublin one of them as they went to walk back down the train pointed and said: 'See him, he sexually abused me all my life from the time I was a child.'

“I couldn't do anything at that stage but when we arrived at Dublin as the crowd got off, one of the lads (cleaners) came onto the carriage to clear the carriage and there must have been 25 to 30 bottles of empty beer on the ground.”

Mr Doyle said had security personnel been present the controversy would not have deteriorated to such an extent, something he said was now very much needed on Irish trains.

“If there was a garda or policeman present I would have had your man hauled in or made give a public apology but unfortunately CIE seem to have prioritised their security for the DART because sometimes there isn't even a collector or supervisor on the Sligo train,” he said.

“Maybe I am a croaky old fella but I won't put up with that crap.”