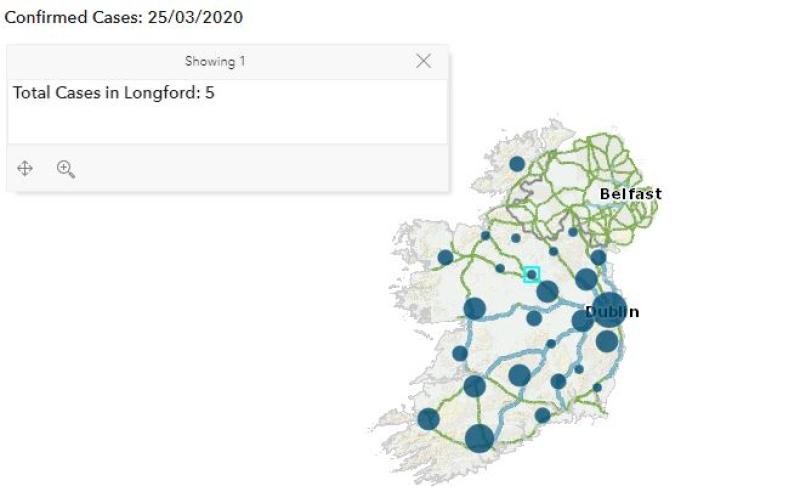 Figures released by the Health Protection Surveillance Centre today have confirmed that there are five total cases of Covid-19 in county Longford, as of 12pm on Wednesday, March 25.

The HPSC has launched an interactive dashboard with up-to-date figures on the virus in Ireland, including case totals (confirmed cases and deaths), a detailed profile of confirmed cases and comparisons from around the world. It can be accessed here.

Crossing borders to neighbouring counties, there have been nine cases confirmed in Cavan, less than or equal to five cases in Leitrim (this could mean anywhere between one and five cases), seven cases recorded in Roscommon and 39 in county Westmeath.

This evening, the HPSC reported three new deaths and a total of 302 new cases. For more on this, click here.