'Stay calm, the panic is more toxic than the virus itself' 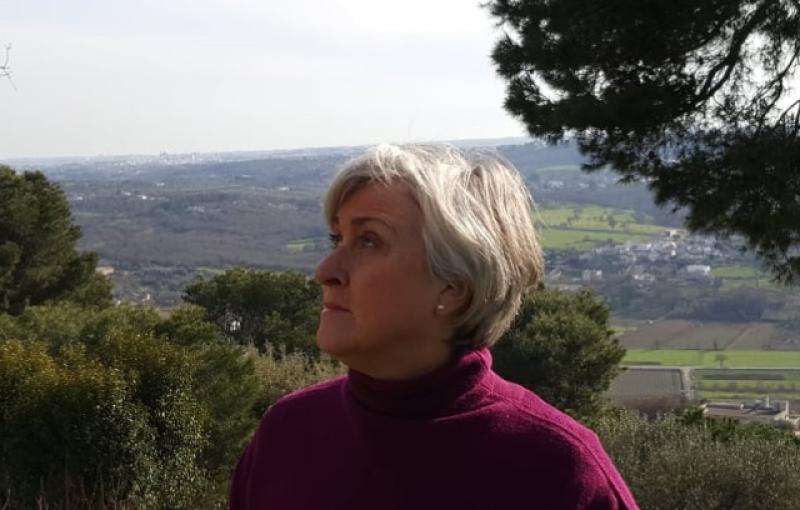 A Granard native, who is currently living in covid-19 stricken southern Italy, has urged the Irish public to stay calm amid rising fears of the coronavirus outbreak sweeping the country.

Veronica Conaty is a former long-time resident of Gowna, Co Cavan, but now calls Selva Di Fasano home, a small village in Puglia, Southern Italy, after moving there approximately 18-months ago following a short break where she fell in love with the area.

READ HERE: For all the latest covid-19 news

Veronica, who ran her own holistic centre in Cavan, wrote a book and worked in nursing and as an aromatherapist, is currently living in Italy where a vast amount of cases of the virus have been detected. She told the Leader that many hospitals in local towns and cities are at breaking point due to the outbreak, while three people tested positive for the virus in her local village just today, March 11.

“I think Italy could have saved a lot of grief if they had moved faster.” Veronica told the Leader.

“We have three people confirmed in the village this morning. They are the first three in our village that we know of.

“But all of the towns locally and Lecce, a nearby city, are at breaking point in their hospitals with the number of cases. They are stretched to the limit.”

Although three locals have tested positive for the virus, Veronica remains unconcerned as she is happy enough staying close to home and doing her own thing. However, for her partner who is a native of Italy and other locals, it couldn’t be further from the truth.

Veronica stated: “I live a very quiet and content life. I don’t bother going beyond the small woods across the road to walk the dog.

“From my partners point of view, he is very worried. He is a local depending on the economy.” she said.

“He needed to apply to the equivalent of the county council to get a travel permit to go to work this morning in the next village.”

Veronica also told the Leader that a curfew of 6pm has now been set in the locality, with masks and gloves a fixture on locals.

She said: “There is a curfew now of 6pm, where everywhere has to be closed.

“My partner said down in the village they have been notified to only allow three customers into the shop at the one time, with a meter distance from each other.

“The staff are all wearing gloves and masks. He said it is horrible and it’s like the apocalypse.”

Continuing she said: “People have been advised that shops will deliver to your door, especially for the elderly people who really don’t want to expose themselves. My partner said locals are very anxious, panicked and very depressed.”

An image from one local establishment 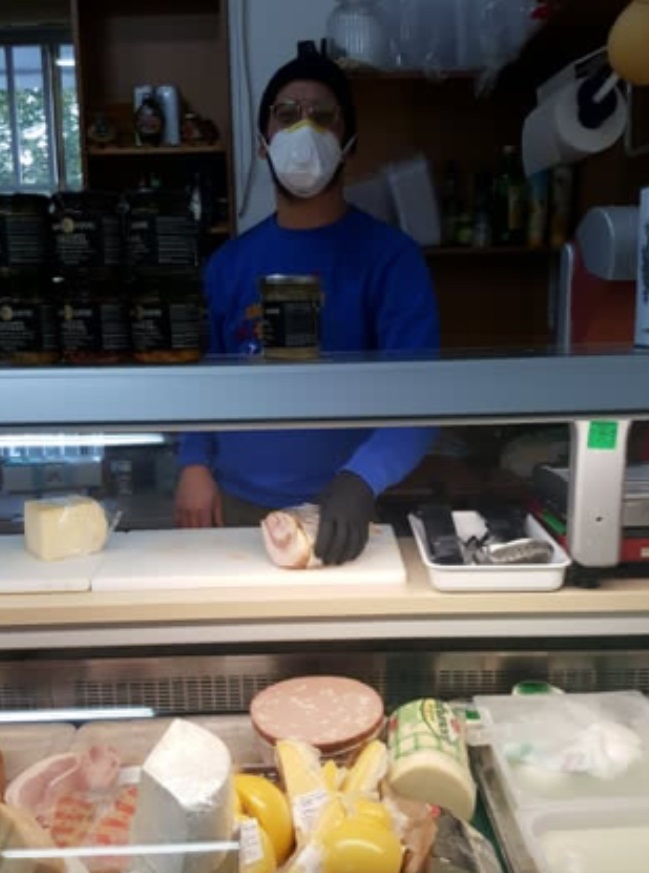 Though in the midst of a nationwide crisis in the country she now calls home, Veronica urged the Irish public to remain calm, before offering some further advice.

She advised: “My message is to stay calm. The panic is more toxic than the virus itself. It is the biggest issue.

“Ultimately, it is those who are at risk that we have to take care of and not expose. As an aromatherapist, I would advise to use some antiviral essential oils, such as Thyme and Lavender.

“If people use a couple of drops of those in a tissue and take it with them when they are going out or whatever, or burn those oils in their house, hey are a very powerful antiviral mix of oils.”

Veronica compared the hysteria sweeping Ireland and the world to the frenzy created by the media during the last huge snowstorm in Ireland. Continuing Veronica urged people to use common sense and if under lockdown, to keep their minds occupied.

“People have to be sensible. Don’t go panic buying, but get in supplies in the event you might have to stay close to home. “ she said.

“I think common sense must prevail. Travel only when essential and necessary. Those who are confined to the house, occupy yourselves with activities such as baking, cooking etc. And turn off the bloody televisions.

“The people who are at risk are those who are medically compromised, as well as the elderly. People die every day of the week with complications from the flu.

“People unfortunately have bought into the hysteria, but like everything, this will pass.” she concluded.