Blow to Longford economy as Pamela Scott is set to close 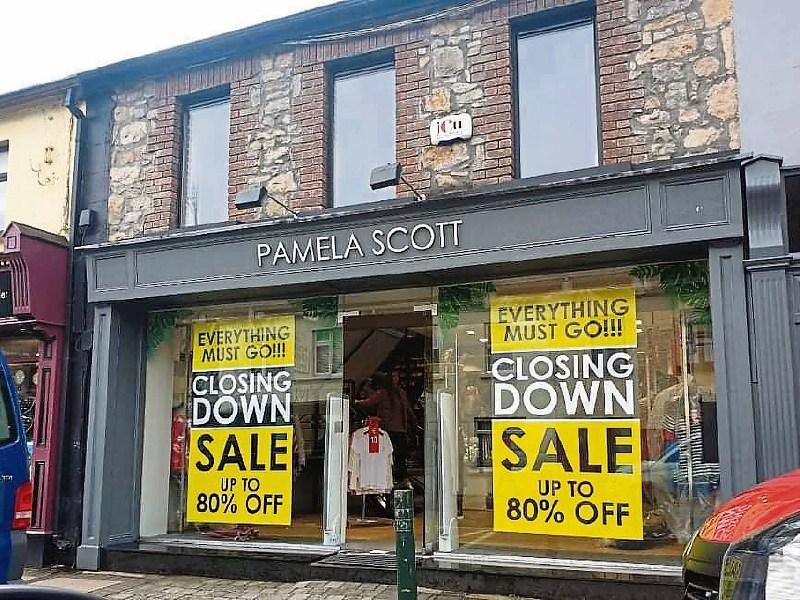 Longford's local economy has been dealt a blow this week with the anticipated closure of leading retail fashion store, Pamela Scott.

The high street chain, which is over 40 years in business nationwide, opened its Dublin Street store in Longford town in June 2018.

At the time and having taken over a premises formerly occupied by renowned boutique Clara Ellen, it had been expected to generate up to ten jobs locally.

In recent days, however, closing down sale signs have been posted on the store's shop front.

The Leader made contact with the company yesterday (Tuesday) in a bid to obtain further clarity on its likely closure date, but at the time of going to press no response was forthcoming.

Details surrounding the store's anticipated departure from Longford town's current retail mix has, nonetheless, been greeted with much dispondency locally.

She said the firm's arrival into Longford less than two years ago had underlined the new found confidence and positivity in Longford's local economy.

“When they opened their business in June 2018 they had great plans,” she said.

“I am very sorry to see it go and,of course, for the staff there that are to lose their jobs.

“Instead of online and going elsewhere, what it does show is the importance of supporting local businesses of shopping local.”