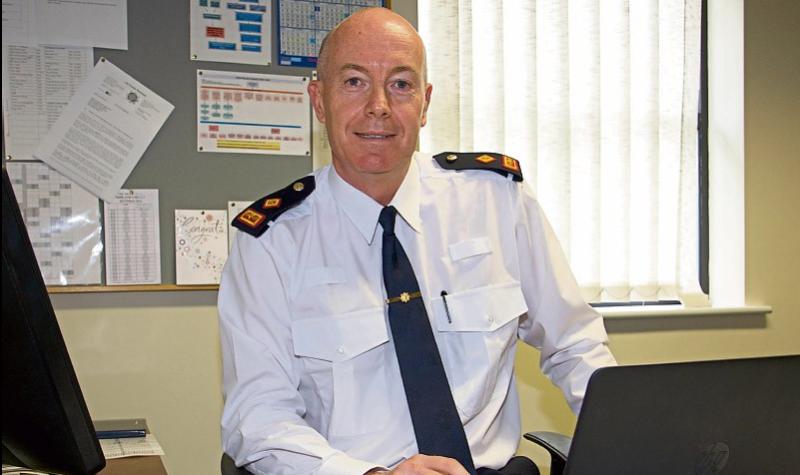 To date in 2020, there have been 1,135 proactive policing engagements in relation to feud management, including checkpoints, curfew and bail enforcements, according to Superindendent Jim Delaney who addressed a meeting of the Joint Policing Committee on Monday.

“The most significant development was a number of arrests relating to a Galway incident, but impacting on persons that would be engaged in criminality in this town. It’s a very positive development. We were able to manage the custody of those people,” Supt Delaney explained.

“Everything that we can do - every avenue that we can explore - is being explored in relation to the management of this feud.”
Resources are fatigued and overstretched with members of An Garda Síochána working overtime to ensure the security of the local community, he added.

“I drew the analogy that you’re dealing with a particular form of cancer that mutates and you find a cure for one part of it and then a new shoot grows and takes off in a different direction and that’s why we’re at this 18 months now.

“And I have to say we’re doing our best. I can’t ask any more of the members in Longford. They’re fatigued from the work that this involves and that includes doing overtime. And our overall strategic objective is to keep the community safe.”

“We’re in it for the long game. We’re not going to yield yet. We’re steadfast in our commitment to resolving these feuds and dealing with the criminality that’s involved in it.”

Chairperson of the JPC, Cllr Seamus Butler commended the gardaí on their efforts to keep the local feuds under control and added that more resources are needed to ensure this criminal activity is brought to an end.

“We have had a lot of incidents and, obviously resources are stretched, but it’s a bit like an iceberg: nine tenths of it is below the surface and I have every belief that we will get results,” he said at Monday’s meeting.

“Think of the costs and the resources that are being put into this for these people and they don’t care what it costs society.

“I believe the Longford gardaí are absolutely doing a tremendous job. It’s not the guards that are letting this happen. The perpetrators of these things are criminal thugs that have no place in normal society and the sooner they’re put away - and put away for a very long time, the better our society will be for it.”

The fact that Longford hasn’t had a fatality yet, Cllr Butler added, can be put down to the fact that the courrect resources were employed at the correct time.

“I think that Longford was a much better place over Christmas because the whole element that caused destruction were actually put away for Christmas and the new year and they didn’t expect that,” he said.

“There’s no magic silver bullet. When a series of measures will eventually have an effect, the tide will turn, and I have no doubt Longford will come out stronger because of the actions of the joint policing committee.”

BREAKING: Gardaí at scene of serious incident in Longford town