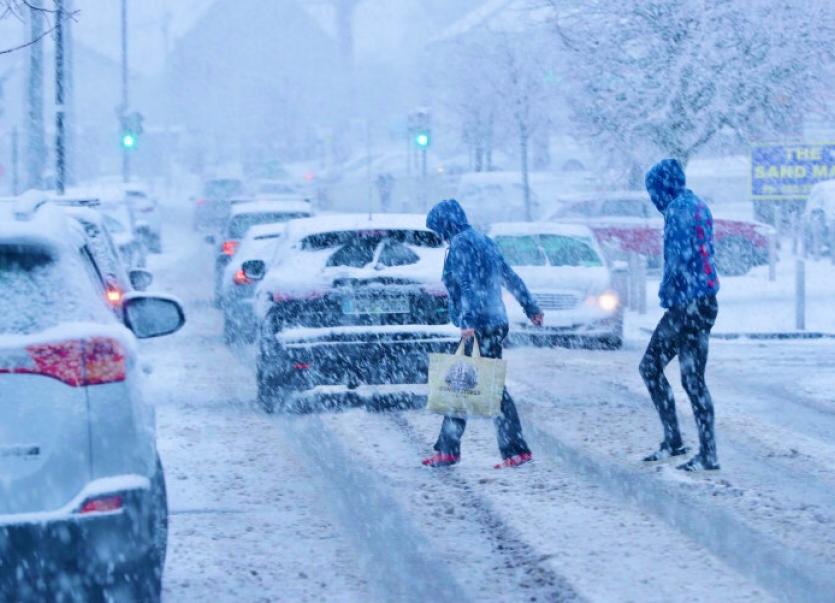 Wintry showers of hail, sleet and snow spreading eastwards this morning will lead to icy conditions.

Later this morning a more persistent band of rain and sleet will cross the country, turning to snow for a time, particular over the Midlands and north of the country, and over high ground elsewhere.

The combination of sleet/snow and strong winds will lead to low visibility and hazardous driving conditions.

Valid from 7am Saturday to 4pm  Saturday.

WATCH LIVE: Track Storm Jorge as it moves towards Ireland across the Atlantic Ocean

Other Weather Warnings for Longford are:

STATUS ORANGE - WIND WARNING FOR LEINSTER
Severe winds associated with Storm Jorge (Hor-hay) on Saturday.
Westerly winds will reach mean speeds of 65 to 80km/h for a time on Saturday afternoon and early evening with gusts of 110 to 120km/h, possibly higher in very exposed areas.

Valid from 1pm to 7pm Saturday.

Valid 9am to 1pm on Saturday.

Valid from 7pm to 12 midnight Saturday.

It's a white morning here in @LDSlashersGAA but luckily we're inside getting new and existing coaches trained up on Child Safeguarding. #GAA #Belong #BetterCoachesBetterPlayers @OfficialLDGAA @gaaleinster pic.twitter.com/Z7vpwGABjK

A status Yellow snow warning associated with #StormJorge has been issued for Ireland, valid from 7 a.m. this morning until 4 p.m. this afternoon

Note: the validation time has been put forward to 11:00

This satellite pictures shows a close up picture of the centre of #StormJorge to the northwest of Ireland.

The radar is picking up precipitation over the country, which is a mix of rain, hail and some snow. pic.twitter.com/a63DQUopvR