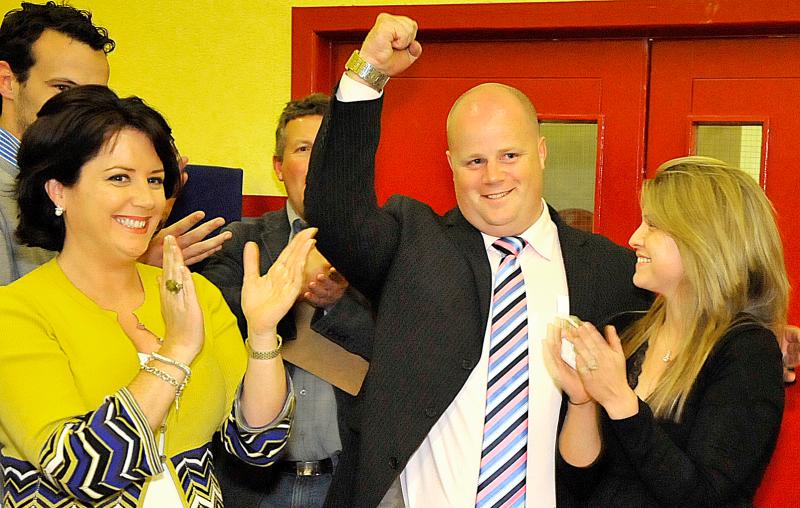 Michael Connellan, along with his sister, Patricia and wife, Ann, celebrating following his election to Longford Town Council in 2009.

Michael Connellan told the Longford Leader today that is was a great honour to receive the news this morning that he would be co-opted onto Longford County Council.

Mr Connellan was elected to Longford town council in 2009 but narrowly missed out on election to Longford Municipal District in 2014. He ran again in last year's local elections but, due to a change in his personal circumstances, he pulled out of the race.

"I had to withdraw from the race last year for two reasons. Firstly, I was starting a new job on May 7 and secondly, my mother was very ill," he explained.

Sadly, his mother, Paddie Connellan, has since passed away but Mr Connellan says that she would have been delighted at his co-option to Longford County Council.

"I'm lucky enough to be filling the seat left by Joe Flaherty when he was elected to the Dáil. I'm hugely delighted and hugely proud for myself and for my mother. This is something I've aspired to achieve and I'm looking forward to it," said Mr Connellan.

Mr Connellan was one of two people who had expressed interest in the seat, with Uruemu Adejinmi also hoping to fill the vacancy.

Interviews took place on Thursday of last week and Mr Connellan got the news this morning that he would be taking on the role.

He will be co-opted at a special meeting of Longford Municipal District tomorrow (Tuesday) at 4.30pm.