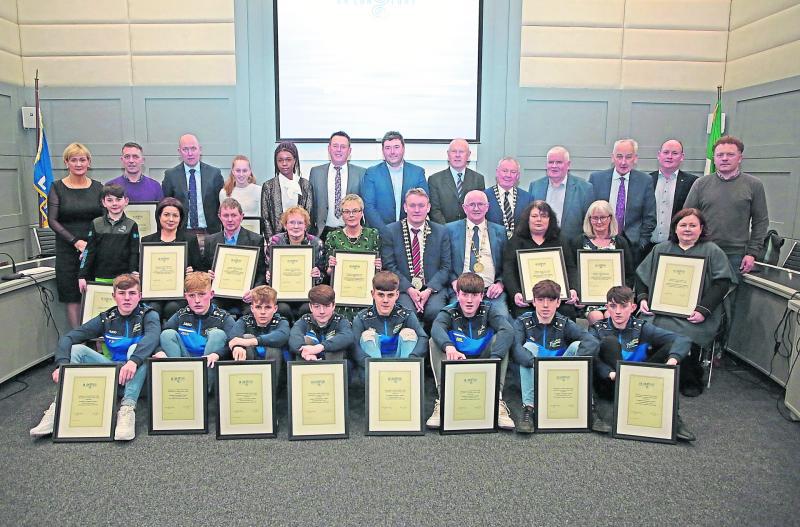 Longford County Council hosted a civic reception recently as it paid homage to the rising stars and mainstays behind the ongoing success of the county's Community Games organisation.

Local politicians, led by Cathaoirleach Cllr Micheal Carrigy, handed out a number of awards to those who had excelled in their chosen disciplines over the past number of months. Presentations were given to those who secured gold medal awards at the 2019 National Community Games Finals.

Similar accolades were also handed out to a small handful of organisers and spearheads who have ensured the community games mantra has remained steadfast countywide since its foundation more than five decades ago.

“Over the course of its lifetime, Longford Community Games have been so lucky with the great dedication and commitment shown by all its different committees, all of whom are volunteers giving freely of their time to support our youth,” said Cathoirleach Cllr Micheal Carrigy.

“The Community Games provide young people with the means and opportunities to utilise their leisure time in a healtht and productive way and develop life long skills and friendships which are so important in the times our young people are living in.”