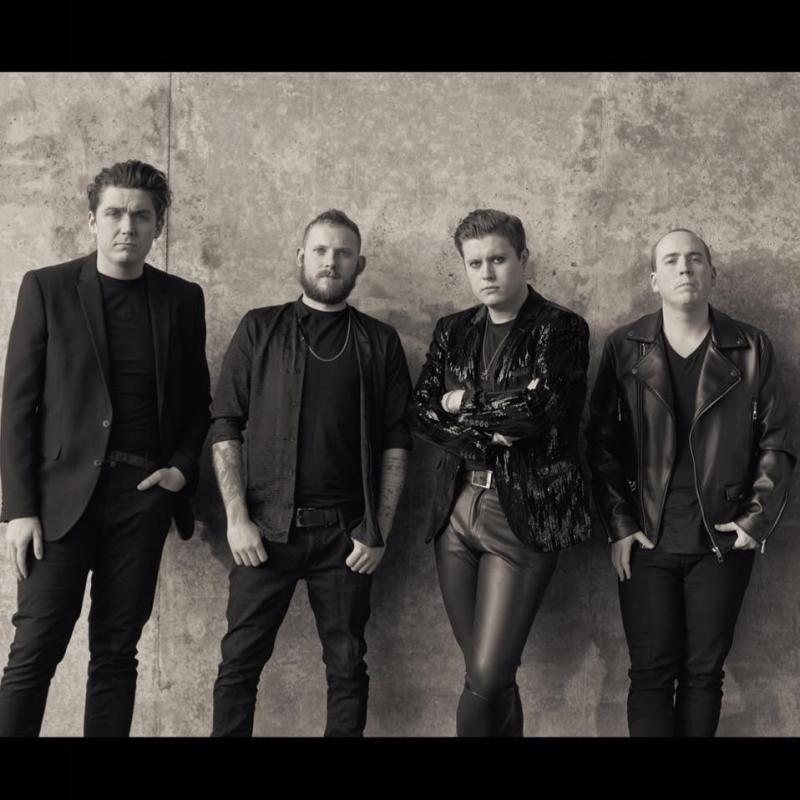 Granard man, Joe Regan, and his band have released their latest single, Let You Go, in what has been the band’s first release of 2020.

The Double-A single comes on the back of the band’s sold out Whelan’s show last October, and the four piece’s debut London headline in November.

Let You Go is written by Shane ‘Shobsy’ O’Brien, Joe Regan, Noel Perry and Paul Ridgeway, (State Lights) while Tinseltown in the Rain, is one of the band’s favourite songs and an inspired choice for this double A-side.

The sublime Blue Nile, Glasgow three-piece of Paul Buchanon, Robert Bell and Paul (PJ) Moore originally recorded this charming beauty of synth, electronic pop for its 1984 album A Walk Across The Rooftops.

Tinseltown in the Rain also sits high on the soundtrack to some of our childhoods! Shobsy and the boys have taken the task to hand and quite frankly the outcome is exactly what we have come to expect from State Lights: fabulous.

Showcasing a sound ready made for arenas, Let you Go is a slab of melodic pop/rock that will bring the band to new audiences.

Tinseltown in the Rain is a modern day reworking of this classic Blue Nile song that is sure to appeal to fans young and old.

Jim Carroll of RTE referred to State Lights as a Dublin band “whose set is full of bracing, assured rock/pop tunes and who already have a sound which is aiming for stadiums and arenas”.

“Frontman Shobsy’s voice is one of their key assets, but the musicianship underpinning the songs is also pretty striking at this early stage. The sound of a potentially very large crowd,” he said.

Doireann Garrihy and Eoghan McDermot of RTÉ 2FM referred to the song as “pretty deadly”, while Danny McElhinney of the Daily Mail called it “another slice of classy stadium-sized pop from State Lights”.

In recent times the band released Peace Will Come, a single supported by 2fm, featured as the Homegrown Hero and Artist of the Week on Today FM, which led to a performance on The Late Late Show and tallied substantial airplay and support from KROQ Los Angeles, Radio X (UK) and a host of other International radio stations.

This led to a spot at the prestigious Electric Arena Stage at Electric Picnic where they shared the stage with The Kooks, St Vincent and Cigarettes after Sex and followed this up with support slots with The Fratellis and The Academic.

State Lights formed three years ago at BIMM College in Dublin, where the lads bonded over a shared interest in classic pop music and a common desire to write big stadium-sized songs.

The band recently announced a headline show for The Button Factory on Saturday, April 25, and have just completed a busy year of touring activity, which included appearances at Electric Picnic, Indiependence and the Kaleidoscope Music Festival.

Tickets for the Button Factory show on April 25 are available now via www.ticketmaster.ie.

Let You Go is available to stream on Spotify and download via iTunes and other major music media outlets.