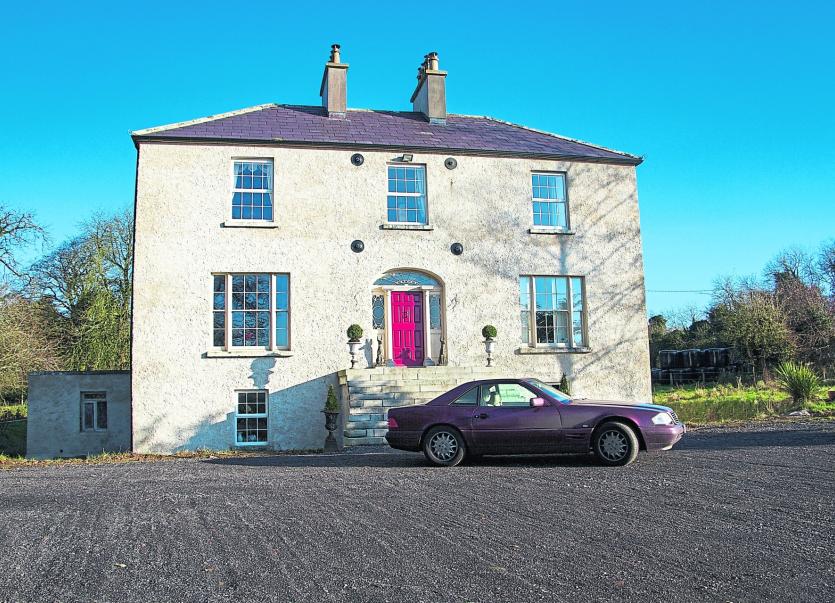 Synchronised Swimmer, Ronan Daly and his partner Charles Lambert will appear on RTE’s new show, The Great House Revival, this March, showcasing a lovingly restored house that they bought in County Longford.

Kilgass was built as a gentlemen’s residence for Sir Henry Bate Dudley, Baronet. He was the first rector of Kilglass Church.
A major part of the house was built in 1804 for Sir Henry. Earlier parts of the house are thought to date from 16th/17th century as part of an old tower house.

As the name suggests, Kilglass, meaning church with a grass/turf roof, was built on the site of a medieval monastery. The owners have a list of all the rectors of the parish of Kilglass who have lived in the house over the last 200 years.

The house and gardens are undergoing a major restoration and are 80% finished. The owners of the house are encouraging people to come to stay and experience the country house lifestyle and to see for themselves the restoration of a historic house.
Kilglass is on the National Inventory of Architectural Heritage (No.13401921). The front has now been faithfully restored back to its 1804 original.

The beautiful home will be featured in episode three of The Great House Revival in early March.