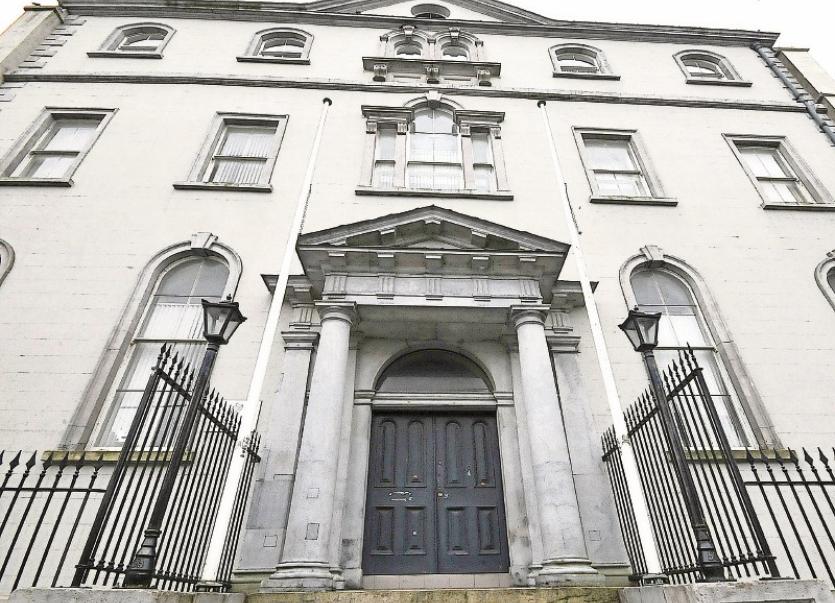 Two men charged with serious assault causing harm have been sentenced by Judge Keenan Johnson at a recent sitting of Longford Circuit Court.

The two accused were charged with assaulting Stephen Weafer following an altercation at the Marquee in Drumlish on August 22, 2016.

Gardaí explained to the court that they received reports of a serious assault on Mary Street, Drumlish.

When on-duty gardaí arrived at the scene, they met the injured party who was getting medical attention.

The court heard that there had been a verbal altercation about football earlier in the night, which had turned physical between one of the accused, Darren Carberry, and the injured party, Stephen Weafer.

When Mr Weafer and his friend were leaving a local takeaway, they came upon a group of young men, including the two accused and a third accused, Callum Meade, who was not in court as his case was adjourned to May 2020.

Mr Carberry identified Mr Weafer as the person who had gotten him ejected from the Marquee. Mr Weafer and his friend, anticipating trouble, turned around to walk away.

“Mr Meade asked Mr Weafer for a light. He then struck Mr Weafer and knocked him to the ground,” Gda Madden told the court.

While Mr Weafer was on the ground, the court heard, he felt a punch in the back of the head and then another and was kicked to the back, neck and head. The kicks stopped and he felt a sharp cut to his arm. He told gardaí he saw a knife before his friend pushed his assailant off and the pair ran away.

Unable to run anymore, and bleeding from a number of cuts, Mr Weafer fell on all fours and started to make his way back towards the chipper.

“A number of people were identified as being present,” Gda Madden explained.

“We were aware there was one other male with them. There have been several interactions between gardaí and this group. Eamon Stokes was present throughout the night.”

Mr Stokes, Gda Madden added, was not identified by name, but admitted his guilt following a garda search of his house in Edgeworthstown.

The injured party also had contusions to his face as a result of being kicked in the head while on the ground.

A medical report from GP Dr Colin Farrell describes the victim as being left with residual scarring and persistent numbness of his right harm.

Dr Farrell also indicated that Mr Weafer experiences flashbacks as a result of the incident and has ongoing sleep disturbance, which he said should reduce with the passage of time, but he added that this was not guaranteed.

In a victim impact statement furnished to the court, Mr Weafer said that he experiences nervousness in crowds and is occasionally fearful for his own safety.

He also revealed to the court that he was due to enter the Irish Army in September 2016 and had to defer his start on two occasions due to his injuries.

He could not play football for his club for a year and even then he had to take it easy when playing on the pitch.

He also described having nerve damage in his right arm, which causes a delayed reaction to things such as burning or scalding.

By the time he feels pain in the arm, he wrote, the damage has already been done.

In his statement, Mr Weafer also explained that he avoids being seen with his family in public for fear that they might be targeted, and said that he avoids meeting new people due to a lack of trust.

He added that he avoids being in big crowds and, if he is in a crowd, he stands to the side against a wall so that nobody can surprise him from behind.

“It is clear that the injuries sustained by Mr Weafer had a profound negative impact on him, both mentally and physically,” said Judge Keenan Johnson, adding that he hoped the sentencing of his attackers would give him some form of closure.

“The proliferation of knife crime is a serious concern, not only for the court, but for society at large,” said Judge Johnson.

“It is a source of great regret that the possession of knives seems to be a prerequisite, particularly for some young men before they go socialising.”

When he took to the stand during the hearing, Eamonn Stokes explained that he had been taking drugs from a very young age and that he deeply regrets what happened.

“I want to apologise. I don't remember the incident but I hold my hands up and take the blame for it,” he said.

Mr Stokes also had €1,000 in compensation in court, which he wanted to give to Mr Weafer.

“I had a bit extra but my brother passed away and I put money towards his headstone,” he said.

Mr Stokes explained that he volunteers with local charity, Hungry Horse Outside, cleaning stables and washing horses.
He has two children, aged two and four and became a father at the age of 15.

Previous convictions by Mr Stokes included theft and possession of knives and he told the court that all previous offences were to feed his drug habit.

“It is difficult to understand how a young man like Mr Stokes would feel it necessary to arm himself with a knife before heading out for the night,” said Judge Johnson.

“The possession of the knife, combined with his consumption of alcohol and illicit drugs proved to be an explosive combination, which was highly likely to end in violence.

“Regrettably for Mr Weafer, he was in the wrong place at the wrong time and became the victim of that explosive combination.”

A probation report provided to the court assessed Mr Stokes at high risk of reoffending if he does not address his drug addictions, lack of education, association with negative peers and personal issues.

The court did note, however, that Mr Stokes was drug free and weaned himself off drugs while in custody for nine months on other matters.

Mr Stokes, who was 16 at the time of the offence, promised the judge that he would never take drugs again and asked that he consider a suspended sentence.

“We were drinking and taking drugs before the Marquee,” he explained.

“The knife wasn't for any harm. It was for cutting copper wire to feed my drug addiction. It was a bad drug addiction at the time.”

Judge Johnson noted that a lengthy custody sentence would punish not only Mr Stokes, but his partner and two small children.

Compensation of €1,000 was deemed “utterly insufficient to meet the gravity of the injuries” but Judge Johnson appreciated that the offer of compensation reflected “the genuineness and sincerity” of Mr Stokes’ apology.

In the case of Darren Carberry, it was noted that the most serious of injuries to Mr Weafer were inflicted by Mr Stokes. Mr Carberry, the court heard, did not know Mr Stokes before that evening and was unaware that Mr Stokes had a knife and would use it on the victim.

But, the court noted, Mr Carberry did inflict at least one kick to Mr Weafer while he was on the ground, adding to the victim’s terror.

“It has to be said that the application of kicks to a victim while on the ground is an extremely serious assault,” said Judge Johnson.

“The medical report does indicate that Mr Weafer had contusions to his head. Mr Carberry has indicated that the one kick applied by him did not make contact with Mr Weafer’s head. The court is satisfied that Mr Carberry is the least culpable of the two accused.”

Mr Carberry brought to court, as compensation, the sum of €3,000, which Judge Johnson accepted as a significant amount of money. Mr Carberry also promised more by way of compensation to Mr Weafer.

The court noted that, arising from his involvement in the incident, Mr Carberry was refused admission to the army, which Judge Johnson said was “a significant punishment in and of itself”.

Mr Carberry has since completed a personal trainer course and is now in possession of a council house, Judge Johnson noted.

He has also not come to the attention of the Gardaí since the incident, is in full-time employment and unlikely to offend again.

“He acknowledges that his involvement in the offence was due to excessive drinking and becoming involved in a silly argument,” said Judge Johnson.

“He has offered a profuse and full apology to the victim and the court is satisfied that his apology is sincere and genuine.”

Turning to sentencing, Judge Johnson noted that the use of a knife in Mr Stokes’ case attracted a sentence of four years and six months imprisonment.

Regarding Mr Carberry, Judge Johnson said that the application of a kick to the victim while he was down and vulnerable attracts a sentence of two years and six months imprisonment.

Taking into account mitigating factors, Judge Johnson imposed a sentence of three years imprisonment on Eamon Stokes but, to encourage his continued rehabilitation, he suspended the final two years for a period of seven years on the condition that the accused enter into a €500 bond to keep the peace for those seven years; that he pay the €1,000 he brought to court to Mr Weafer; that he pay a further sum of €10,000 by annual instalments of €2,500 when he ends his prison term; and that he remain drug and alcohol free.

Turning to Mr Carberry, Judge Johnson imposed a sentence of one year imprisonment but suspended that sentence for a period of five years on the condition that Mr Carberry enter into a €500 bond to keep the peace for those five years and that he pay the sum of €3,000 to Mr Weafer immediately, and follow up with two further instalments of €2,500 by January 1, 2021, and January 1, 2022.