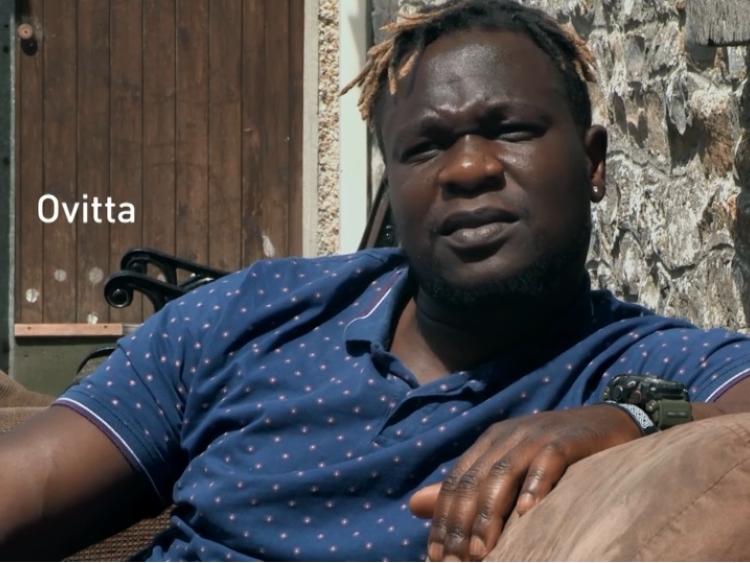 Céad Míle Fáilte is a new one-hour documentary by Midas productions that assesses the Irish welcome given to people who have arrived here to seek asylum: an exploration of the Direct Provision system as seen through the eyes of those least able to criticise it.

Céad Míle Fáilte focuses on four individuals fleeing trauma and domestic abuse, who are seeking refuge in Ireland. Through their direct experiences, viewers will acquire an acute understanding of what asylum seekers have had to face and, in the process, gain a truer perspective of the labyrinthine system known as Direct Provision.

Designed in the year 2000 as a temporary, six-month solution to the growing number of  applications, Direct Provision now houses over 7,000 asylum seekers in 39 accommodation centres across the Republic, including an estimated 2,000 children.

Adult asylum seekers currently receive bed and board and a weekly allowance of €38.80, while children receive a rate of €29.80 per week. Each of our contributors describes the conditions as akin to ‘living in limbo’, because of the nagging uncertainty that hangs over each of their applications.

One key contributor compares the system to life in an ‘open jail’, before shaking her head in dismay: ‘Except prisoners know what their release date is’. Some asylum seekers have been ‘in the system’ for years, and their children know no other life other than that of a compound and its canteen.

For those who are caught in this indeterminate loop, Céad Míle Fáilte reveals how their state of mind is affected, and whether living conditions have improved in the accommodation 2 centres since the release of the McMahon Report in 2015.

Notably, too, the documentary looks at the reasons why these four individuals left their countries of origin in the first place and asks what life they yearn for here in Ireland. The key contributors in Céad Míle Fáilte come from different ethnic and cultural backgrounds; and their experiences of rural and urban accommodation centres differ.

Two arrived from the African continent with children, a third is hoping that, if given permission to stay, she will be able to invite her two children to join her in Ireland (four years after fleeing Zimbabwe).

The documentary, which will be aired on TG4 on Wednesday, February 12, at 9:30pm, features a Longford story related to life in direct provision. It will follow the story of a man called Ovitta, who arrived in Ireland in 2012 as a student from Malawi. Ovitta married an Irish woman before being separated in 2017 and he now lives in an all-male direct provision centre in Richmond court, Longford town.

Despite Ovitta being in the system for over a year, he still waiting on his substantive interview. This interview would help determine the validity of his asylum request.

“For me I just want a job.” Ovitta told cameras.

“I just don’t want to sit. I just want my brain to be focused on something.”

This documentary tells Ovitta's story and others who are waiting to hear about their asylum application. It looks at the lengths and risks that these four people have undertaken, as well as the family members they have left behind. It shows how difficult it is to survive on a small weekly allowance, and how long they can expect to wait before a decision on their application is made.

This documentary shines a light on an issue that is very much in the public eye, although the actuality of it has been largely ignored. Céad Míle Fáilte draws comparisons with our own history of emigration, and the importance too of integration. It offers an insight into the plights of thousands of people: people with whom we rarely engage, but who merely wish to make a happier, safer life here.