Pension age a sore topic for voters in Granard #GE2020 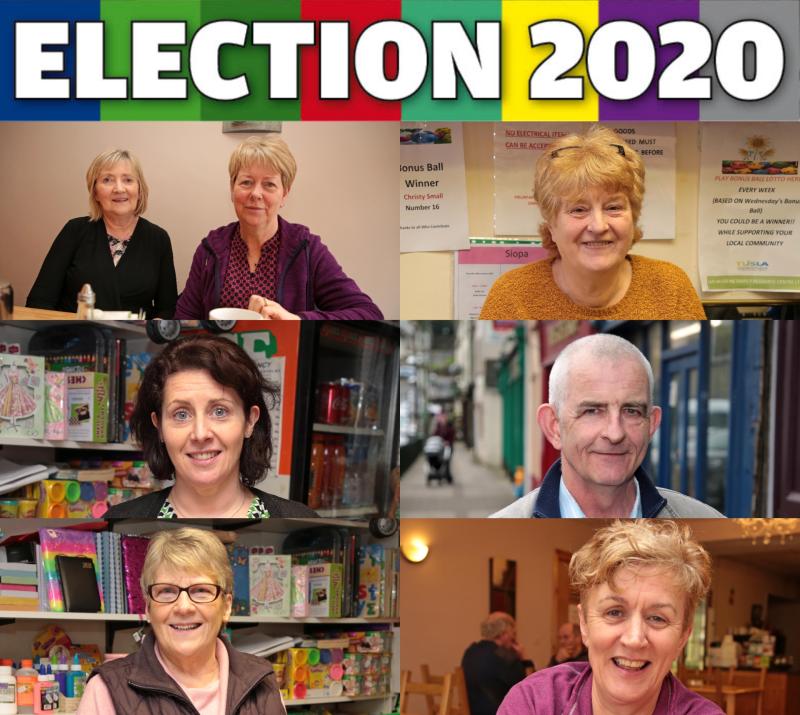 Ahead of polling day on Saturday, February 08, our reporter Kevin Forde took to the streets of Granard, to find out how and why people were voting and the issues they felt the next government has to prioritise.

Waste by successive governments is one of the biggest issues nationally, as well as the housing crisis, says Helen.

“Sure they could house all of the people without one. How many houses do you see vacant coming from Longford?”

Helen doesn't hold hope of a local representative having any power to enforce change, as she feels they cannot deviate from party guidelines.

“I am not sure if any of the candidates are worth my vote, but I will vote.”

In terms of the recent televised debates, Helen let her feelings be known.

“Talk about a waste of time. It is nearly worse than Love Island.” she concluded.

Kitty feels the pension age is a major worry for Longfordians.

“I certainly would be worried about the pension age being changed. For people retiring or wanting to at 65, it is not fair.”

She also feels the country is moving backwards.

“It is frustrating to see all of the businesses closing.

“If rents, rates and insurance were lower, you would have all buildings full as they were in years gone by.”

Kitty noted that rural Ireland and farmers have been badly let down. She also feels a local TD is ‘badly’ needed in the county

“We badly need one anyway, regardless of who it is.”

Health, housing and pensions were the main issues for Marie & Mary.

“The pension should just be brought back to 65. But you should have the option I suppose, to work on if you want.” she continued.

They both agreed the county lacked by not having a local TD and confirmed that they both will give their votes to local candidates on February 8.

Mary said: “Without a doubt, you need to have somebody from your constituency representing you.”

Also read: Voters have their say in Longford town

“Housing is a terrible one, but health is a big one too.

“Health, with people on trollies and with some nurses and paramedics not wanting to go to work because of the conditions they are facing when they go in. That’s just atrocious.”

Although unsure what having a local TD would change Lorraine hopes the county regains a seat.

“I don’t know whether having a TD will change anything. I would like to think it would. We need someone. But it will take years to get Longford back to where it needs to be.

"I will keep it (vote) to Longford. The county has definitely been missing out.”

For Paddy, the main issue is healthcare.

“I’ll tell you what the main issue is, healthcare. The pension age would be another one.”

Paddy feels Longford lacked by not having a local TD and says a local representative will have finger on the pulse, more so than Westmeath candidates.

In terms of his vote Paddy will vote for Longford candidates.

“I am going voting by person. I haven’t decided who yet, but I will keep my votes to Longford.”

For Ailish, one of the biggest issues is proposals to raise the pension age.

“I know they can’t afford it, but wouldn’t it be lovely to be able to retire at 65.”

Another ‘massive’ issue she has witnessed first hand through her children, is the difficulty many face in getting mortgages.

“I have three children living in Dublin and they might never be able to afford to buy in Dublin.”

She is adamant that the county has been lacking without local representation.

“Absolutely.” she said, before adding of her voting preferences: “I haven’t decided the order, but number one and two are staying in Longford.”