Voters in Longford town have their say on #GE20 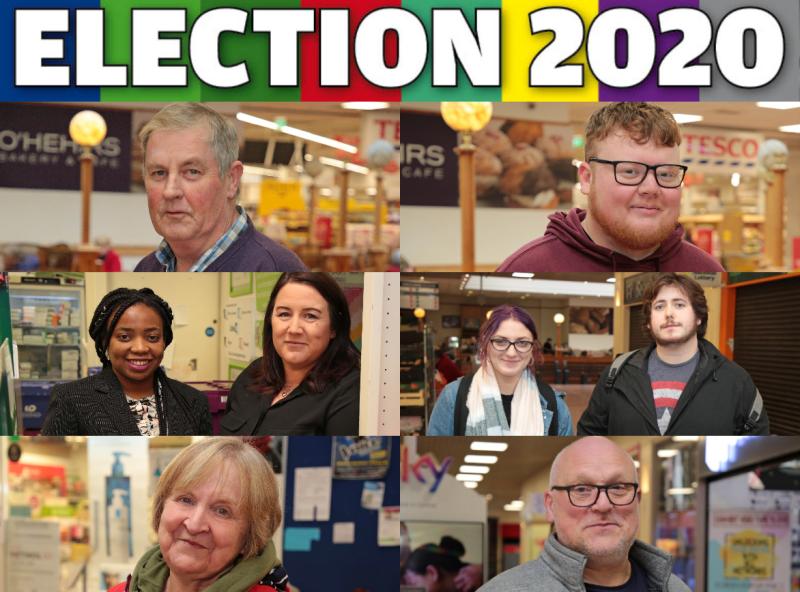 With election fever in full swing, we took to the streets of Longford town to try and gauge public opinion ahead of polling day on Saturday, February 08.

On Thursday, January 23, we took to the streets of Longford town to find out the main issues facing the constituency ahead of the general election on February 08, and if Longford really missed out by not having a TD last time around.

For Sam and Anthony, the main issue locally is the rise in antisocial behaviour in the town.

Sam said: “I think the lack of security around here is an issue. You are always looking over your shoulder, especially during the day.”
This, they feel, is affecting locals and giving the county a bad image, which, in turn, is deterring visitors.

“If there was a local TD, there would probably be a lot more focus on the town,” he continued.

For Tracey Harte, Manager at Lloyd’s pharmacy, violence on the streets of Longford was also the main issue.

She stated: “We face it (violence) here everyday. A lot of people are afraid to come into town because of that and I can see it affecting business.

“Gardaí are stretched to their limit and nobody gives them fair credit for what they do and I just feel sorry for them.”
She hopes Longford is represented in the next Dáíl.

“I am hoping for someone who has a voice and cares for the town. It would definitely make a difference to the town. Having someone in town who acts as a voice for us could certainly draw more attention.”

SEE HERE: For full coverage of the general election

Local student James Carroll, felt the main issue for Longford is the lack of adequate services for kids with additional needs and a lack of mental health services.

“I don’t think there are enough facilities at all in Longford, especially when it comes to secondary schools. There are only a handful of schools that facilitate special needs adequately,” he said.

James says he won't be voting for either FF or FG and feels current representation haven’t delivered for Longford.

“We are always on the backburner to Athlone. There was so much promised in Longford that never happened.

Christine feels there will be no major difference to the area following the elections, regardless of who is elected.

“I think it is all the same. Civil servants run the country.

“Nobody has the magic bullet to cure everything and it will never be cured.”

However, she will stay loyal to Longford candidates, though she feels the country is in a much better state that people think.

“I will vote for all of the Longford candidates, rather than a party. But I don’t think it is all that relevant.

“I feel we have come on well since the slump. In general, I think the country is very prosperous.

“Things have been a lot worse.”

Seamus Keaveney feels there are a number of issues in need of tackling both locally and nationally, though he doesn’t feel the lack of a local TD last time around changed much.

“Hospital, health, housing. There are plenty of them.” he said of main issues.

“Don’t be fooling yourself that a TD in Longford can do anything, because they haven’t done in years."

Mr Keaveney tuned into the recent debate between party leaders Mr Varadkar and Mr Martin, though didn’t take much from it.

“If that’s what you could call it,” he said of the debate.

“Tweedle dee and Tweedle Dum were playing off each other and that was about it,” he concluded.

For David Skinner, his main grievances are with the healthcare system (lack of hospital beds) and the lack of differences between the two parties (FF and FG) which are in a tug-of-war for power.

“The main issue for me is that there is no difference between the two main parties.

“Health is another issue for me, as I have had reasonably bad health myself.

"I have had good service, but anytime I have been in hospital I have been left on a trolley.”

In terms of the direction of the elections, Mr Skinner feels whatever happens, change is necessary.

“Unless we make a change nothing different will happen.”