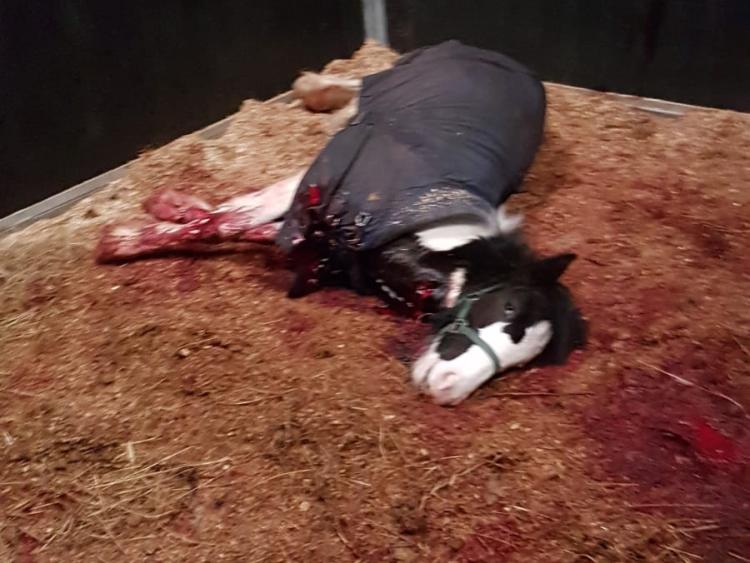 Gardaí believe the brutal murder of a young foal on the outskirts of Longford last week may be linked to one of the town’s ongoing and violent feuds.

The incident, which was reported last Wednesday night after the young animal was found dead in a yard belonging to local charity Hungry Horse Outside, has caused outrage across the local community.

A garda investigation has since been launched in an effort to identify those responsible.

Sources close to the inquiry are keeping an open mind as to the motive behind the attack, but said one line of interest has focused on a possible link to a rivalling feud between two Traveller families.

Despite no arrests having yet been made, gardaí are hoping forensic tests taken from a knife used in the attack will throw up vital DNA evidence.

Such was the ferociousness and ruthlessness of the assault, part of the knife was still lodged in the young foal’s neck when the alarm was raised.

Hilary Robinson, of HHO, described the episode as a “new low” and said she was fully convinced the incident was premeditated.

“It had to be pre-planned,” she said.

“All the gates are locked. Everything is locked, barred and bolted. They (culprits) had to climb in, go in and literally, physically wrestle the foal to the ground and stab it.

"It's a terrible thing to do to an innocent foal.”

Anyone who may have witnessed anything untoward in and around the Minard House area on the N4 last Wednesday night (January 22) and during the early hours of Thursday morning are asked to contact Longford Garda Station on (043) 3350570.