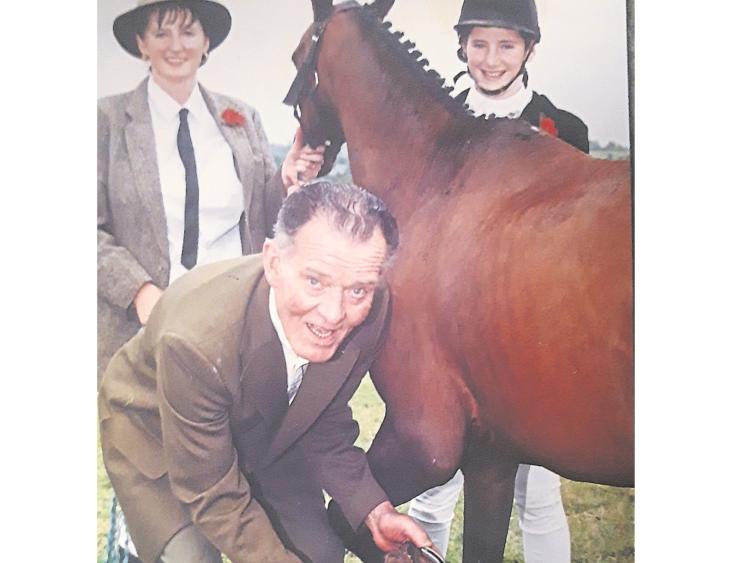 Blacksmith JP McManus (RIP) pictured inspecting the shoe on a horse at the Cloone Show in 1994 Picture: Joe McDonagh

SnapShots: A unique trip down memory lane, with loads of fabulous prizes up for grabs. Send us your pictures which hold fond memories!

One of my assignments as a cub reporter in the Longford Leader was to go out and interview JP McManus, the famous blacksmith, at his home in Aughnacliffe.

I vividly remember walking into his kitchen and knowing that I would be there for the day, the kettle was boiling, the table was laid out and my host was ready for a long chat. It was a wonderful afternoon, with some poignancy as JP was remembering a time gone by and a craft that was dying out.

This picture by Joe McDonagh of JP at a Cloone Show in the 1990s always struck me as a perfectly constructed photo that captured something of the character of JP McManus. The two ladies, who were not named in the original photo, stand each side of the horse’s head while the focus of the picture is on a very dapper JP examining the horse’s shoe, which he possibly had made himself.

It was taken in the pre-digital era so we only have the original photo and a negative. It can’t be swiped or dolled up with bunny ears. But it captures a moment in time, nearly 30 years ago, but to be honest it could date from any decade in the last century.

The day I interviewed him, JP was astonished when I told him that I didn’t possess a lucky horseshoe to ward away evil spirits and bring good luck. The following week, he arrived at the Longford Leader office in the Market Square and gave me a horseshoe he had made especially for my house. It remains one of my most treasured possessions and, two house moves later, still holds pride of place in my kitchen today.

So now it’s over to you, we are looking for your treasured photos from times gone by. These photos are often stashed away or gathering dust in frames on the wall of the spare room so now is the time to let fresh eyes see them.

Send us your photos
We want you to dust off the golden oldies, take a picture of your old picture and email it to us at pictures@longfordleader.ie. Include the names of anybody pictured and a few paragraphs on the story behind the picture and why it holds fond memories for you.

Poll
We will run a poll every week on longfordleader.ie and our weekly online readers can vote for their favourite image of the week.

Reminder: Email all entries - with a few paragraphs on the story behind said photo and why it holds fond memories for you- to pictures@longfordleader.ie. Hurry up, you don't want to miss out on these prizes!