‘She frightened me’: Elderly businessman tells of robbery ordeal 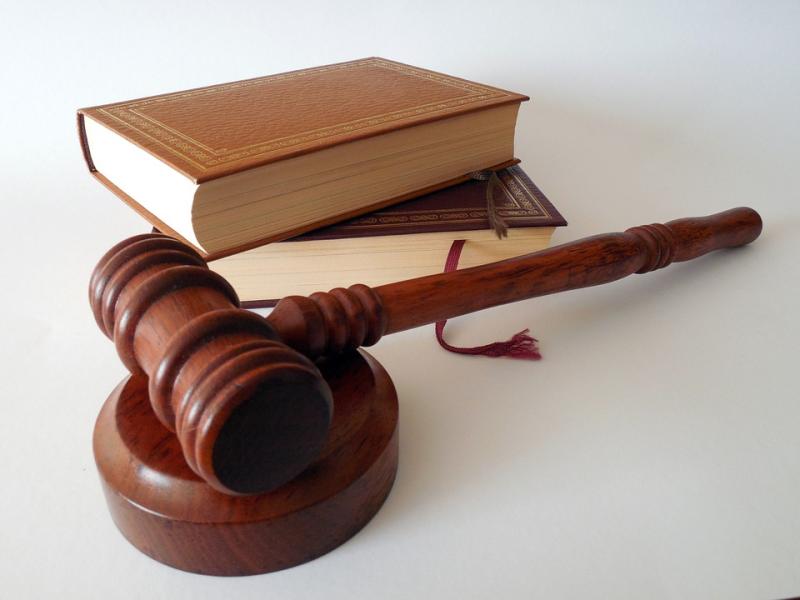 A woman accused of robbery at a Longford town furniture shop in August 2018 has been found guilty by a majority verdict following a Circuit Court trial that lasted just over a day.

Helen Doyle (42), 4 Cluain Ard, Ardnacassa, Longford, appeared before Judge Keenan Johnson and a jury of eight women and four men on Thursday and Friday of last week, charged with robbing local business owner Pat Lynch of €110 at his furniture shop on Great Water Street on August 18, 2018.

In his evidence, Mr Lynch told the court that, on the date in question, Ms Doyle threatened him with karate, pinned him down and demanded he give her €300 before proceeding to take €110 out of his pocket.

CCTV footage from a camera adjacent to Mr Lynch’s shop, was harvested by David McHale, of Security Matters, at the request of Detective Garda Sean Galvin, and was viewed by the court last Thursday afternoon.

The footage showed Mr Lynch pushing two beds out of his door on the afternoon in question. Soon after, Ms Doyle was seen entering the Great Water Street furniture store. She spent a number of minutes inside before leaving the store.

“I was delivering two beds. I was after taking them downstairs,” said Mr Lynch, who is in his late 80s and has been running the furniture store for 60 years or so.

“I was out of breath, so I was standing in the shop, just relaxing. It was around four o’clock,” he continued when questioned by Barrister for the state, Mr Shane Geraghty.

“The next thing was a woman pushed in the door and had a wild look about her. She frightened me and I went to go out on the street. She said ‘I do karate’ and she made some jump around. Then she pushed me in the chest and pushed me on a settee. She had her knee on my chest and demanded €300 from me.

“I said I had no money, so she said ‘where's your wallet?’ and she reached into my trouser pocket and she took the €110 that I was after getting for the beds.

“I pushed her off me and she went out the door. I went out after her to see was she gone. I was afraid she'd come back and knife me. I was really scared. She frightened me. I felt bad. I really felt like a ball of jelly. I was powerless," the store owner added.

Mr Lynch went on to say that he didn't go to the gardaí that day but was “very frightened” for a couple of days and didn't even tell his family about the incident.

“I didn't want to upset or annoy my family but after a couple of days I rang my son in Donegal and told him. I was shook,” he explained.

The accused, Helen Doyle, when called to give evidence on Thursday afternoon, told the court that she and Mr Lynch had been friends for sixteen years and that the local businessman had given her financial support when she was homeless. Mr Lynch dismissed these claims immediately when they were put to him.

On August 18, 2018, the date of the alleged robbery, Ms Doyle said that she had a backpack, which contained red bull and a cup and that she was hoping to get the loan of €20 from Mr Lynch to buy a bottle of vodka.

“He was sitting in his shop, smoking a fag. I went in and asked him for a fag and he gave me one. We were chatting and I asked for twenty quid and he said to come back later,” she told Barrister for the defence, Mr Gerard Groarke.

Ms Doyle explained to the court that she had suffered a lot of violence in the past because of her sexuality and that she turned to alcohol and drugs as a result.

Council for the prosecution, Mr Geraghty, chose to pursue the details of Ms Doyle’s alcohol addiction as the main focus of his cross-examination.

“At that time were you an alcoholic?” he asked Ms Doyle who said that she wasn’t.

“You mentioned addiction - were you ever an alcoholic?” Mr Geraghty asked.

“No. I was addicted to alcohol and drugs,” Ms Doyle replied.

“When did you recover from your alcohol addiction?” asked Mr Geraghty.

“Every day is still a struggle,” she said.

“So alcohol was at the forefront of your mind around four o’clock in the afternoon,” said Mr Geraghty.

“Can I suggest that you were desperate? You didn’t have money. You needed a drink and you took matters into your own hands and you attacked Mr Lynch.”

“No,” Ms Doyle interjected and, when Mr Geraghty suggested that she had taken a drink earlier in the day, she said that she hadn’t.

When Mr Geraghty asked her about her movements on August 18, Ms Doyle explained: “I was in my friend’s house. I was up at about eight o’clock and I went up the town for a walk.

“I went to Doyle’s to buy a drink. It’s a shop that sells alcohol,” she said when asked where she went that day. She added that she wasn’t sure what time it was when she got there.

“Because you had consumed so much alcohol?” Mr Geraghty suggested.

“I didn’t go there until afterwards,” she replied, meaning after she had been to Mr Lynch’s shop.

“If you had no money to get alcohol, how did you go to Doyle’s to get a drink?” Mr Geraghty asked.

Mr Geraghty harked back to her earlier remarks about only having red bull in her bag. She explained that she had met a friend in town who had given her the drink.

“So between eight o’clock and the time of this offence - 15:41 - did you get alcohol from any other shop, premises or party?” Mr Geraghty asked.

“May I suggest that an inability to recollect having alcohol suggests you have a very poor recollection of that day?” Mr Geraghty prompted.

“No, I don’t accept that,” Ms Doyle objected. “I wasn’t drunk, if that’s what you’re implying. My life is on the line here. I have a man trying to swear my life away. I’m in prison for three months for something I didn’t do. What do you want from me?”

Further questioning revealed that Ms Doyle did not return to the store for the €20 she said was promised to her and that she instead “shared a naggin of vodka” and “got drunk down by the canal” with her cousin.

“The honourable thing to do is to accept what happened here. Wouldn’t that be honourable?” said Mr Geraghty.

“No, I’m not going to accept it - are you crazy? I didn’t do it. I’ve never done anything like this in my life. I haven’t done it,” said Ms Doyle.

“You clearly did this,” Mr Geraghty concluded, sitting down.

When the jury returned to the courtroom on Friday morning, Mr Geraghty once again questioned Ms Doyle, choosing to focus this time on her previous convictions, many of which include theft, assault and burglary.

“I’m curious; when you gave an answer yesterday, you said you’ve never done anything like this but you have several previous convictions for theft or burglary. So do you want to revisit that answer?” Mr Geraghty asked.

In his closing speech, Mr Geraghty made it clear that members of the jury should “leave sympathy and emotion at the door” and “bring a cold, analytical look” to their deliberations.

“She is entitled to the presumption of innocence until the prosecution have proven beyond a reasonable doubt that Ms Doyle went into that shop and robbed Mr Lynch of €110,” he said before making his own observations on the evidence that was put before the court.

On the date in question, he added, Ms Doyle had an ongoing addiction issue: “She had no money and wanted to purchase alcohol. How was she going to get that money? She needed money because she had an addiction issue and, because of that, she robbed Mr Lynch.”

With regard to Ms Doyle’s previous convictions, Mr Geraghty explained that just because she has committed offences previously, does not mean she committed the robbery.

“But you are entitled to take into account those convictions vis-a-vis her credibility,” he said.

Before concluding his closing remarks, Mr Geraghty reminded the jury that, in Ms Doyle’s version of events, Mr Lynch had told her to come back for the money for a bottle of vodka. However, he stressed, she never came back: “Instead, she went off and she got drunk.”

“Desperation leads people to do desperate things and that’s ultimately what happened here. If you are satisfied beyond reasonable doubt, which I suggest you ought to be, then you should convict,” he concluded.

Responding to Mr Geraghty’s closing remarks, Council for the defence, Mr Groarke told the jury that there was “no way you could be satisfied beyond a reasonable doubt that Ms Doyle did this robbery”.

“You have to treat her like a daughter, a mother, a sister who has been charged with these offences. If this was the evidence against your daughter or your sister, would you be satisfied to convict her?”

After deliberating for two hours and 20 minutes, the jury delivered a ten to two majority verdict of guilty.

Judge Keenan Johnson remanded Ms Doyle in custody and she will reappear in Longford Circuit Court today (Wednesday, January 22) at 2pm, where the court will hear a victim impact statement and Ms Doyle will be sentenced.