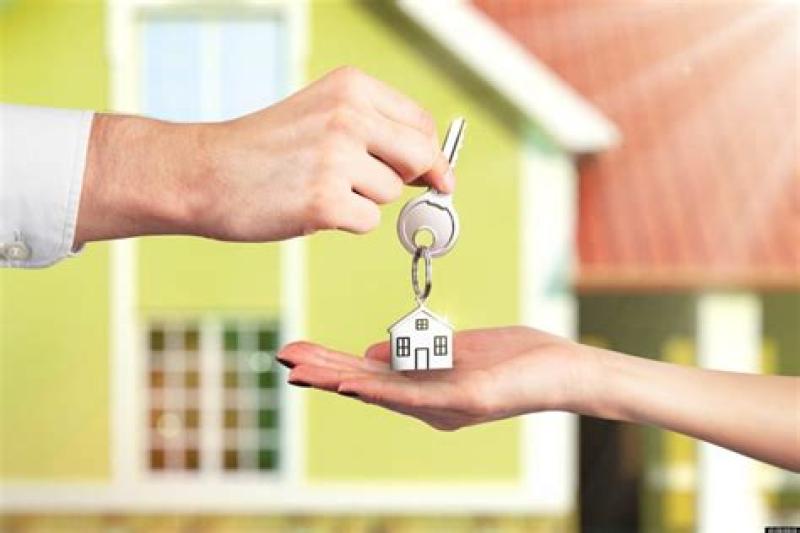 Cllr Gerry Warnock has been given the go-ahead by his fellow elected representatives, to present his new build affordable housing scheme proposal to the department.

The proposed scheme will offer new units, acquired by Longford county council through Turnkey Developments or through Part V options, to afford qualifying applicants the opportunity to own their own home at a discounted rate.

Approved participants must continue to live in the house as long as they own it. They will get a 30% discount on the price that the local authority paid to provide the house, while the Council will also place a charge on your house called an ‘incremental purchase charge’.

This charge will be equal to the 30% discount you get on the price of the house and will remain in place for 15 years. Each year, the local authority will reduce the charge by 2%.

At the end of the 15 years, the charge will be zero as long as people obey the terms and conditions of the scheme.

To avail of the scheme, applicants will have to have an annual gross income of not more than €50,000 as a single applicant or not more than €75,000 combined as joint applicants. Applicants must also have no previous records of anti-social behaviour, must give evidence of a local connection, and must not have previously owned a property that could suitably service needs.

Upon reissuing the motion, Cllr Warnock noted the importance that a scheme like this is introduced into the county.

He said: “I keep bringing this up because I think it is too important to put on the back burner.

“It is having a detrimental impact on the social dynamic of the county. They (low to middle income households) are being thrown to the wolves of the private rental market.

“It is putting people under serious financial pressure.”

Continuing, he said: “It is a scheme that could be easily rolled out and will be effective. I think it is a scheme that represents better value for money to the taxpayer to the public purse and the existing tenant purchase scheme.”

The motion was seconded by Cllr Colm Murray, who praised the work of his fellow councillor.

He stated:“This proposal is well considered and thought out. It provides a good option for those on middle incomes to get their foot on the property ladder.

“There are a great number caught in the middle ground where their earnings are too high, but not nearly high enough to get a mortgage.”

Cllr Pat O’Toole was also in agreement, “This is an opportunity to give them the pathway to own their own home.”

He said: “A friend of mine who is paying €900 rent per month, went to the bank to get a mortgage which was going to be €800 per month.

“He was told he wouldn’t be able to afford it, even though for the past two years he has been paying €900 month and could show he was. This is the reality and ridiculousness of where we are.

“I hope after this election that we actually get someone who understands rural Ireland, that is able to support the people who work in rural Ireland and middle income families. They are the backbone of this society.”

Welcoming Cllr Warnock's motion, Cllr Joe Flaherty stressed the need for Longford to come back to the market with an affordable housing scheme.

“The reality is we are unfortunately a low income county. We do need to come back to the market with an affordable housing scheme.

“We have a high concentration of low income families in Longford. They are an important part of the community and in most respects are enhancing the community. We need to look after them.”

Cllr Seamus Butler also issued his support of the motion, noting it is the first time in the history of the state that people are in such a position.

He stated: “This is the first generation in the history of the state where people on lowish to medium incomes are not in a position to buy a house and build a family, and therefore get a stake in the community.

“It is a huge seachange for this country. People are locked into rental situations that are going nowhere.”

Continuing, he said: “Ownership of a house gives people a stake in the community, a reason to be there.”

Cllr Peggy Nolan was just as enthused in welcoming the proposed scheme, as was Cllr Ger Farrell who agreed that one size does not fit all.

“I am in full agreement and in support of Gerry’s motion. It is not a one size fits all scenario,” Cllr Farrell said.

“A three-bed house in Lanesboro is €100,000, Why can’t a young couple buy that over 20 years. They would be well able if both of them are working. Young people starting a life together deserve an opportunity like that.”

After receiving the unanimous support of the council, Cllr Warnock was delighted.

He told the Leader: “I’m absolutely delighted to have received unanimous, cross party support from my councillor colleagues for my New Build Affordable Housing Scheme.

“This simple but effective proposal will now be submitted directly to the Minister for consideration, and hopefully will come into play in the not too distant.

“This has been a bit of a personal crusade as I believe it is inherently wrong to preclude a large section of hardworking households from the dream of owning their own home simply because they earn marginally more than the insufficient thresholds to access housing supports, but not enough to be considered for a conventional mortgage under current banking rules. I believe that this scheme, on implementation, will go somewhat towards making the unattainable finally attainable for many local families.”