Housing scheme: Derelict sites should be set aside for new scheme 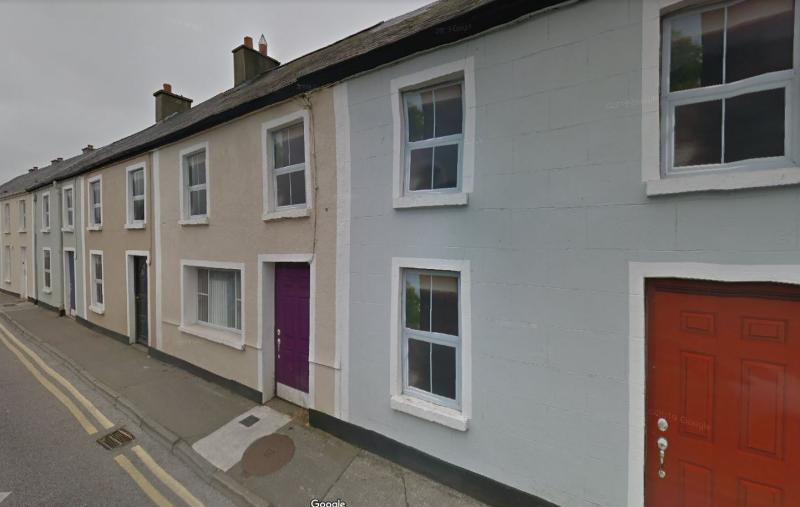 Abandoned and derelict housing at Great Water Street and other Longford town locations should be set aside for an affordable housing scheme, say Longford councillors

Minister for Housing, Planning and Local Government Eoghan Murphy, TD has reassured members of Longford County Council that if they can come up with sites and plans for an Affordable Housing Scheme as soon as possible, he will provide the funding.

That’s according to Cllr Peggy Nolan (FG) who delivered the good news to her colleagues at a recent meeting of Longford Municipal District, and later confirmed it for the Longford Leader.

The issue of Affordable Housing is one that has come up again and again on council agendas and it was once more discussed in great detail when Independent Councillor Gerry Warnock brought a notice of motion to his Longford MD colleagues in October.

Cllr Warnock called on Longford County Council Housing Department to initiate a Regeneration Programme targeting the reconditioning of vacant properties in Longford and to pilot the refurbished units as an Affordable Housing Scheme targeted at young, working families to assist them to get onto the property ladder.

“This is nothing new or novel. It’s something that we’ve all been speaking about over the last number of years. And dare I say, where this council has been very successful in any areas such as regeneration, such as the provision of social housing… the one thing that is letting us down is our provision of affordable housing opportunities for young working families,” said Cllr Warnock.

“We’ve talked at length about the many employment opportunities that can be enjoyed around the town area and indeed around the county and the region.

“Unfortunately, we’re importing these workers from other counties and they’re heading off to Carrick or Mullingar because we haven’t got enough housing to provide for them locally.

“We need to really look at this. I’m preaching to the choir here when I’m speaking to the elected members and, indeed, the executive.”

Longford is “oversubscribed” in terms of Social Housing, Cllr Warnock stressed, and something needs to be done to allow young families working in the county to actually live in the county too.

“I said it before on many occasions, that we are certainly oversubscribed in terms of what we have in our social housing stock. It’s nigh on 2,000 units,” he said.

“During the census of 2016, we had 55% more social housing than the national average. And, given the constraints of the department thresholds and who can qualify for housing support, that means that the provision of housing can only be confined to a certain income threshold.

“We have to grasp this. We’re given these mad targets by the department to provide an additional 320 odd houses on top of an existing housing stock of 2,000, which is totally out of kilter.

“They’re turning a Dublin problem into a rural problem. We do not need large builds of social housing. End of story. But what we do need is 320 - at least - affordable housing options for working families that are working in or around the Longford area.”

In his motion, Cllr Warnock outlined a number of works that should go into the project, suggesting that the council identify funding under the Rebuilding Ireland Programme to recondition voids in council ownership at various empty and derelict sites around the town.

Cllr Warnock also suggested that the Housing Department initiate Compulsory Purchase Order proceedings against property owners of abandoned properties and to retain the traditional fabric of those sites through appropriate planning and design works.

His motion was met with immediate support from Cllr Nolan who said that the Minister for Housing was very positive about helping the council to deliver.

“I would like to see, for the next County Council meeting, a list of the derelict sites that we have and to then propose that we are very proactive in bringing them back into the ownership of this council,” said Cllr Nolan.

“Because it doesn’t bode well for the optics of a town like Longford when you see all of the old streets derelict - privately owned, derelict houses and a lot of anti-social behaviour.”

Cllr Nolan explained that she took Cllr Warnock’s motion to the Minister and outlined the scheme that was in place when she bought her own house.

“The council provided a site. 35 or 37 people bought the sites. Then we got our own plans drawn up. We submitted those plans to the council and we got a council mortgage,” she clarified at the recent meeting.

“The Minister said he liked local authorities to think outside the box. That’s exactly what we’re doing and we have a model already.

“He also said that he was prepared to fund it if we got the plans in as soon as possible. That’s coming from the minister himself.”

Minister Murphy also told Cllr Nolan that if the council had a number of sites ready to go as Older Person Dwellings, he would look favourably on that too.

“If we dust off that model and we present it to the Minister, I have absolutely no doubt it will be funded sooner rather than later. And again, I hope that we will have a list of derelict sites and we can push as a council that is proactive.”

Head of Finance for Longford County Council John McKeon welcomed the positive news and said that the council will look for affordable housing options around the town.

“If we have something that we can offer that’s unique, the Minister will look favourably on that,” he said.

“We’re currently looking at various options around town regarding affordable housing. I think it is the way forward with housing in general in Longford at the moment and into the future too.”