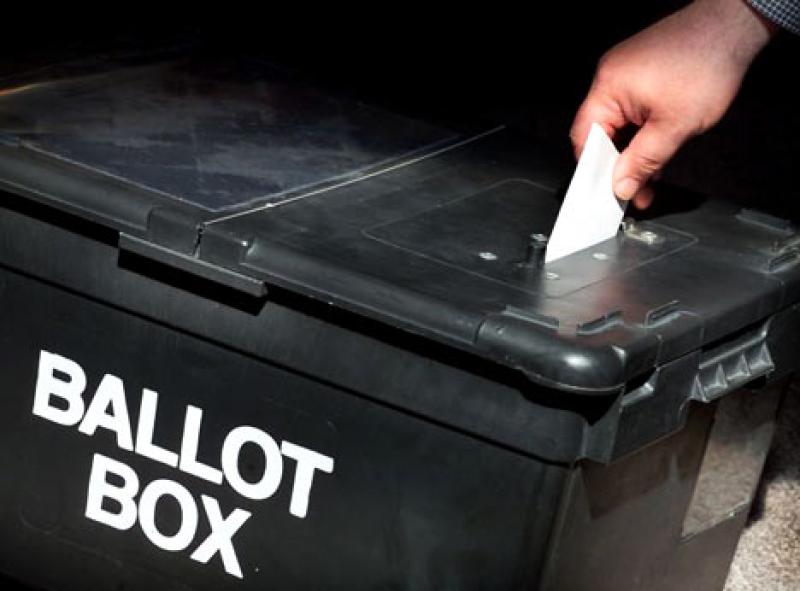 The eyebrows of the political world were raised yesterday when An Taoiseach Leo Varadkar finally revealed the date for the general election - Saturday, February 8, but for those looking to claim a seat in the 33rd Dáil the race to Leinster House was already well underway.

Just like its 2016 equivalent, Election 2020 will see an estimated 90,000 strong electorate return 4 TDs to the Longford-Westmeath constituency.

Much of the spotlight will, no doubt, focus on how many of the current crop of sitting deputies manage to hold onto their seats when voters go to the polls .

Last time out, Fianna Fáil’s Robert Troy swept all before him as he took in over 11,000 first preferences to secure election on the first count.

The Ballynacargy postmaster is sure to be in the running to claim top spot once again given his high profile footing on the Fianna Fáil front bench as its spokesperson on Business, Enterprise and Innovation.

Mr Troy’s Westmeath counterpart Kevin ‘Boxer’ Moran is likely to put up the sternest opposition for the constituency’s poll topping bragging rights, however.

Buoyed by enjoying the enviable political riches of being in government, Mr Moran has enjoyed an elevated public status after first ‘job sharing’ and then successfully retaining the mantle of OPW Minister from former Independent Alliance colleague Sean Canney.

The Athlone based father of two is well known for his adept, behind the scenes negotiating skills, abilities which have seen Mr Moran bring a number of key infrastructural funding announcements to the constituency.

Mr Moran, himself, threw a pre-election bombshell into the mix this week when announcing on Monday of his plans to stand as an outright Independent ahead of polling day.

The political after-effects such a decision will bring to this part of the country looks to be inconsequential with many bookmakers and pundits tipping the self-employed businessman for another Dail term and who knows, perhaps a second stint at the governmental table should both Fianna Fáíl and Fine Gael, as expected, fall short of an overall majority.

One man looking to follow suit by retaining his seat is Fine Gael’s Peter Burke.

Having fallen short, despite a more than impressive showing in 2011, the former Westmeath councillor made no mistake in 2016 by claiming the third seat in the constituency.

A strident voice on the Dail’s Public Accounts Committee (PAC) can certainly not claim to be a political shrinking violet having courted plenty of publicity in relation to the banking crisis and more recently concerning the Oireachtas printing scandal which is expected to cost the tax-payer €1.8m.

With the aforementioned trio of Troy, Moran and Burke likely to take some shifting from their incumbent Dail positions, the indomitable quandary is likely to centre on who will claim the fourth and final seat in Longford-Westmeath.

From a local perspective, Fine Gael’s Micheal Carrigy and Fianna Fáil rival Joe Flaherty are hoping to ensure Longford voters learn from the events of 2016 when the county failed to return a Dail deputy for the first time in its history.

On that occasion, one third of votes from Longford polling stations went to candidates from outside the county, reflecting a wider disillusionment with politics and public office in general.

Last year’s local elections certainly endorsed the credentials of both men as the pair comfortably retained their seats at local authority level.

The return of Fine Gael to the top table of the Council chamber enabled Cllr Carrigy to occupy the role of Cathaoirleach, a title and undertaking which could not have come at a better time in an election year.

For his Fianna Fáil opposite number, last May’s elections brought with it not just an impressive poll topping performance in the Longford Municipal District, but also the elevation to party group leader.

Given the political spoils on offer, the tension between the pair has become steadily more and more audible of late, if recent county council meetings are anything to go by.

But returning a Longford based TD is no nailed on certainty.

Fine Gael Senator Gabrielle McFadden brings a wealth of political experience and dexterity to the table and is keen to ensure her stint in the Upper House is not lost on the electorate.

Labour’s Alan Mangan is another hoping to retain Labour’s presence in the constituency following Willie Penrose’s decision last year to call time on his near three decade long career in national politics.

The former housing minister only just managed to cling on to his seat during the infamous ‘Siege of Kenagh’ four years ago in the wake of a marathon six day count.

A former Westmeath inter-county footballer, there is no denying the Mangan name is well known throughout the sporting and community health industries in which the father of three is attached to, but whether it’s enough to uphold Labour’s presence at Dail level in around a month’s time is debatable to say the least.

Sinn Féin’s renaissance in the constituency has been one which Westmeath County Councillor Sorca Clarke will be hoping to cash in on.

The Mullingar woman is no electoral novice and in light of the near miss of last time out party candidate Paul Hogan in 2016, Sinn Féin are keen to put their political bridesmaids tag firmly to bed over the next number of weeks.

Likewise, the so-called green wave of last May’s local elections are anecdotes Green Party candidate Louise Heavin can call upon as her campaign gets up and running.

Mental health and sustainability are the Westmeath based hopeful’s overriding slogan’s for Election 2020.

It remains to be seen if that sense of sustainability transfers to the ballot box in the first Saturday general election in the history of the state.

Throw in the likely presence of a number of Independents, headed by the likes of former county councillor Frank Kilbride, Legan’s Anna Kavanagh and Donal Jackson and suddenly the diversity as well as the uniqueness of Election 2020 becomes all the more apparent.

Whatever about its timing, the political anoraks among us are looking forward to the general election with bated breath because the stakes could not be higher.