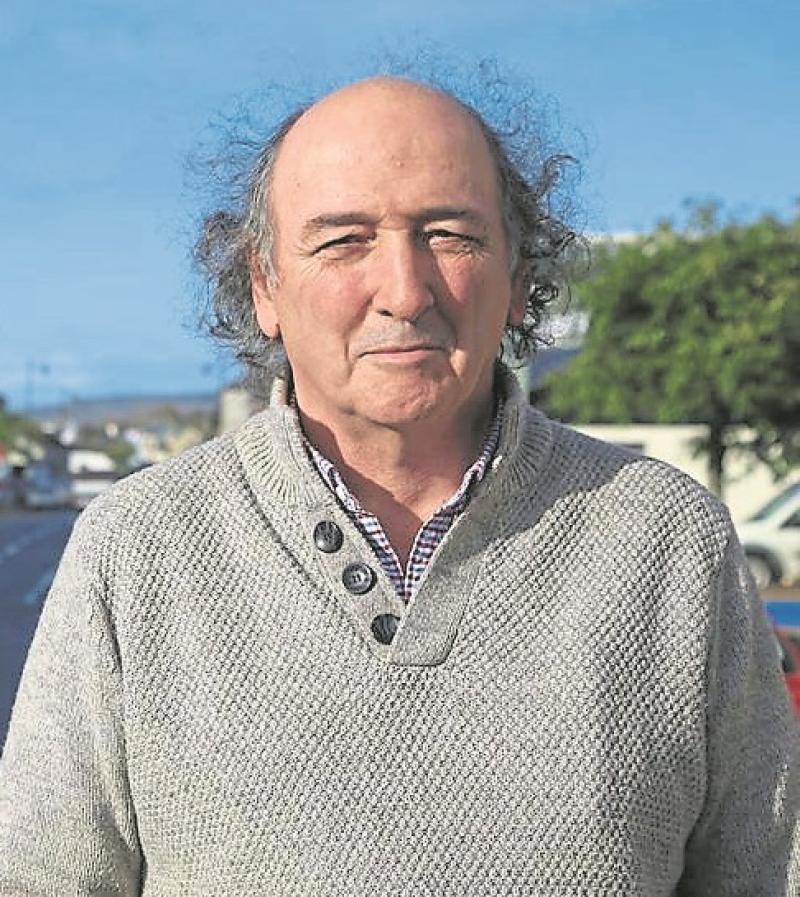 It has been a turbulent year for Lanesboro with Bord na Móna job losses and the news that Lough Ree Power Station is to close by the end of 2020. However, when community activist Joe O’Brien spoke to Humans of Longford, he was upbeat and positive that local leaders can regenerate the town and the community surrounding it with major employment.

Lanesboro is very much in the news these days. A complex situation led to the lay offs in Bord na Móna (BNM) and now the ESB in the Power Station.

“So now the bottom line is the workers in the station will be laid off or redeployed and for the small number left in BNM it's the same situation.

“From the early 1950s Lanesboro was blessed with BNM and the ESB. Not alone did it give excellent, regular employment to hundreds but it also provided the opportunity for education right up to third level.

“As a result, we now have a really diverse and talented population all over the world who never forget their roots no matter how long or far they're gone, they always remember Lanesboro.

“Up to recently, the youth of the area were able to avail of seasonal work on the bog. This, in turn, helped them with their college fees, living and travel plans working on the bog was part of life.

“The realisation that that way of life is gone forever is a shame for the present youth who won't be able to avail of it.

“However, we are positive that we can regenerate the town and the community surrounding us with major employment.

“What was supposed to be a 15 minute meeting lasted a full hour. That's positive. The community here has always been progressive but we weren't always listened to.

“We're stronger now. We have local leaders who will drive Lanesboro forward. We do have a bright future.

“Martina and myself returned from Dublin and took over our newsagents and gift shop 40 years ago. The shop has been a bit of an institution for 80 years.

“In fairness my father and mother were an institution. My father was heavily involved with the GAA along with Seamie Greene of Longford. It was a great meeting house. If the walls could only speak they'd have some stories for sure.

“My mother (96 years young) has connections all over the county particularly North Longford and Longford town.

“It's amazing how many papers with an Irish content there are. Back in the day, it was only the Press and Independent. At one stage we had all 32 counties represented in Lanesboro. I'm still amazed at how many people still have an order for their local county newspaper. One very popular seller is the yearly edition of Cork's Holly Bough.

“I love local. Local is everything. Local is all embracing, parish and county.”

What does Joe do on his down time?

“Down time is community involvement and the GAA. I love being around younger people with their open and exciting ideas. Mixing the old and new is really fabulous. If I had more free time, I'd like to read more.

“The River Shannon is vital for Lanesboro. We've developed the Commons Walkway and we hope to extend it with a spectacular development linking in both sides of the bridge. We have two fabulous groups in the Sub Aqua and Triathlon Club, playground on each side bank, the marinas, fishing and all of the facilities are well used and appreciated.

“Then in April/May we'll be opening a cycle/walkway linking Lanesboro to Killashee and accessing the canal.

“And we're also attempting to get access over the BNM bridge which in turn opens us up to Sliabh Bán and create a link from Dublin to Westport for cyclists.

“You know it might be the middle of a bitterly cold November.but the future is very bright."