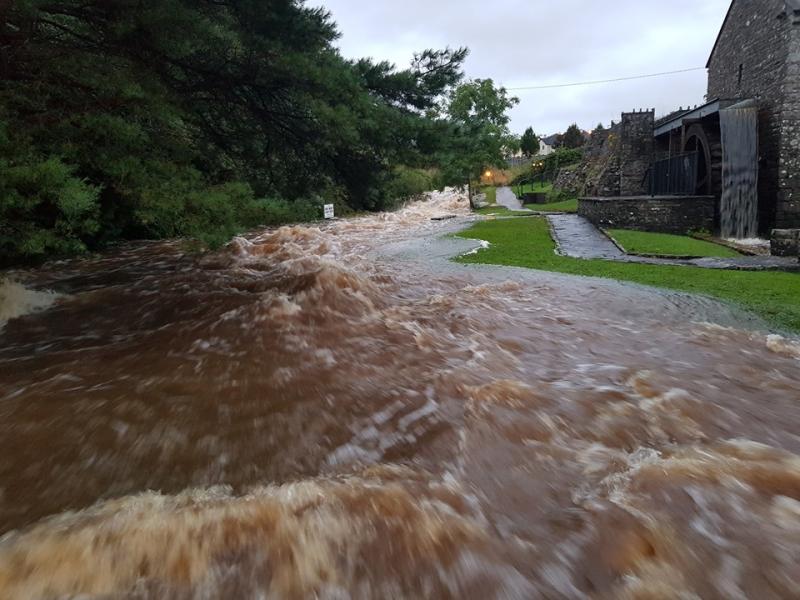 Cllr Micheál Carrigy has issued a call to the OPW to provide funding for a feasibility study in Granard Municipal District.

He stated, “I call on the OPW to provide funding to carry out a feasibility study on all small rivers, tributaries etc, with regard to developing a scheme similar to the LIS (Local Improvement Scheme) to alleviate flooding issues.”

Cllr Carrigy said rivers, drains and tributaries in the area are in dire need of cleaning to prevent further flooding.

He said, “They do need to be cleaned, but with funding in place and with work done alongside local farmers. That is the only way to get it done, in conjunction with local landowners. It is a real issue.”

Cllr PJ Reilly issued his support of the motion.

“I know at least four rivers, small tributary rivers, and there is nobody to take responsibility for them.

“They are flooding land.”

Cllr Brady was another to agree with these sentiments.

Cllr Brady added: “We all know about these rivers.

“We should send a letter to the department.

“Any man that has a stream or river on his land, it should be made compulsory with your GLAS payments or whatever else, that the river has to be cleaned.

“That would stop a lot of flooding.

“We are not talking about going in with diggers and cleaning up both banks of the river, they used to keep vegetation and trees out of it. You can do something in an environmentally friendly matter.”

It was agreed that the motion would be put on the main council agenda for a meeting of elected members.